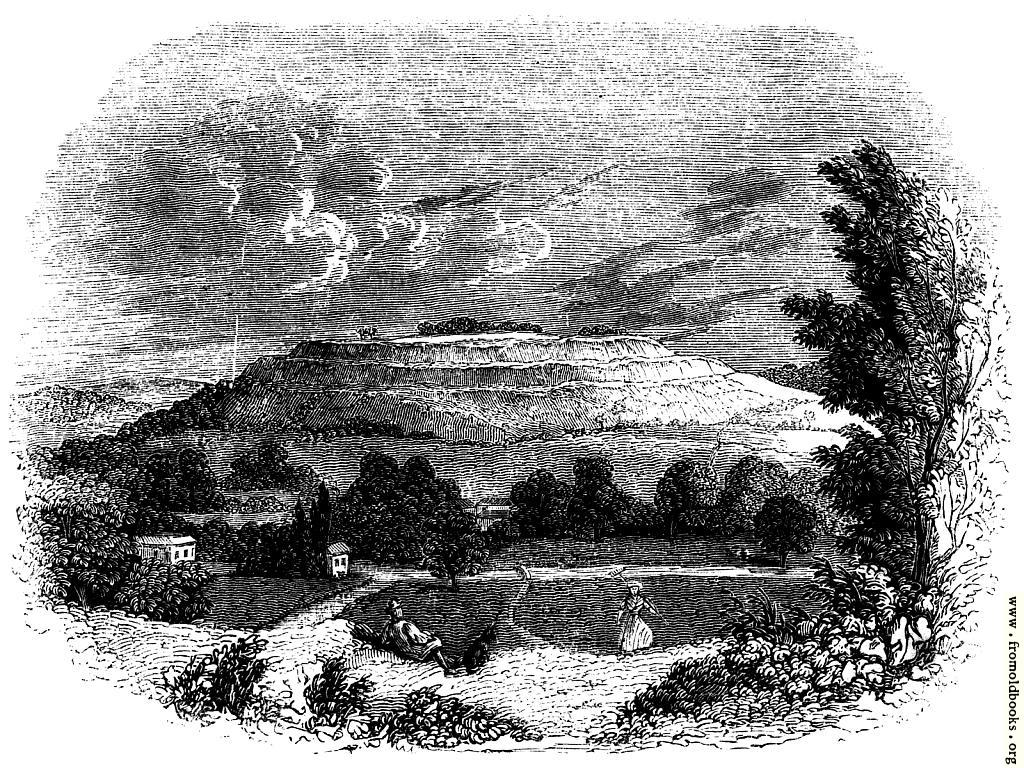 Across the plain [Salisbury plain], at a distance [from Stonehenge] not exceeding twenty miles, was the great temple and Druidical settlement of Avebury. The town and hill-fort of Sarum was close at hand (Fig 23).” (p. 6)

Old Sarum is just over a mile north of Salisbury. There are remains of an Iron Age hill fort, and it was also used by the Romans, who called it Sorbiodunum. The Anglo-Saxons in turn used it (calling it Searobyrg) and fortified it with wood. William the Conquerer built a castle here and used it as a palace; and also a cathedral that was used from 1092 until 1218. Henry I also planned a palace here, but by 1219 the cathedral had moved to New Sarum (Salisbury) and the castle fell into disuse. It was demolished by Thomas Compton with the permission of King Henry VIII in 1514, although the now uninhabited town still had representation in parliament as late as 1832!

The importance of Old Sarum as a former Royal residence and, in effect, capital city, has long since faded.

The Old Sarum Rite is a liturgy (a text used for prayers or other religious ceremonies) that was used (in Latin) in Britain; there are several online versions, including an English translation at St. Hilarion Monastery’s Liturgical Texts Project.

Vortigern Studies, a Web site about British history 400-600AD, has a page about the History of Old Sarum with some modern photographs.

John Constable, one of the most famous English landscape artists, painted Old Sarum during a storm in 1829.