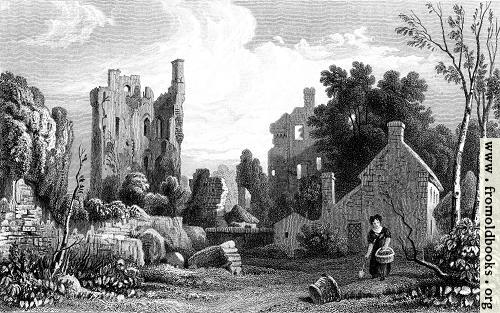 A wood-engraving of the ruins of Coity Castle, complete with a young woman carrying a basket and a spade, perhaps growing vegetables in the former courtyard! The castle does not appear to be mentioned in the book, except for this plate. The engraving appears to be unsigned.

The castle was built in the 11th century and enlarged in the 12th century (Norman period). It was abandoned some 500 years later, and is now run by Cadw, the Welsh Assembly Government’s historic environment division.