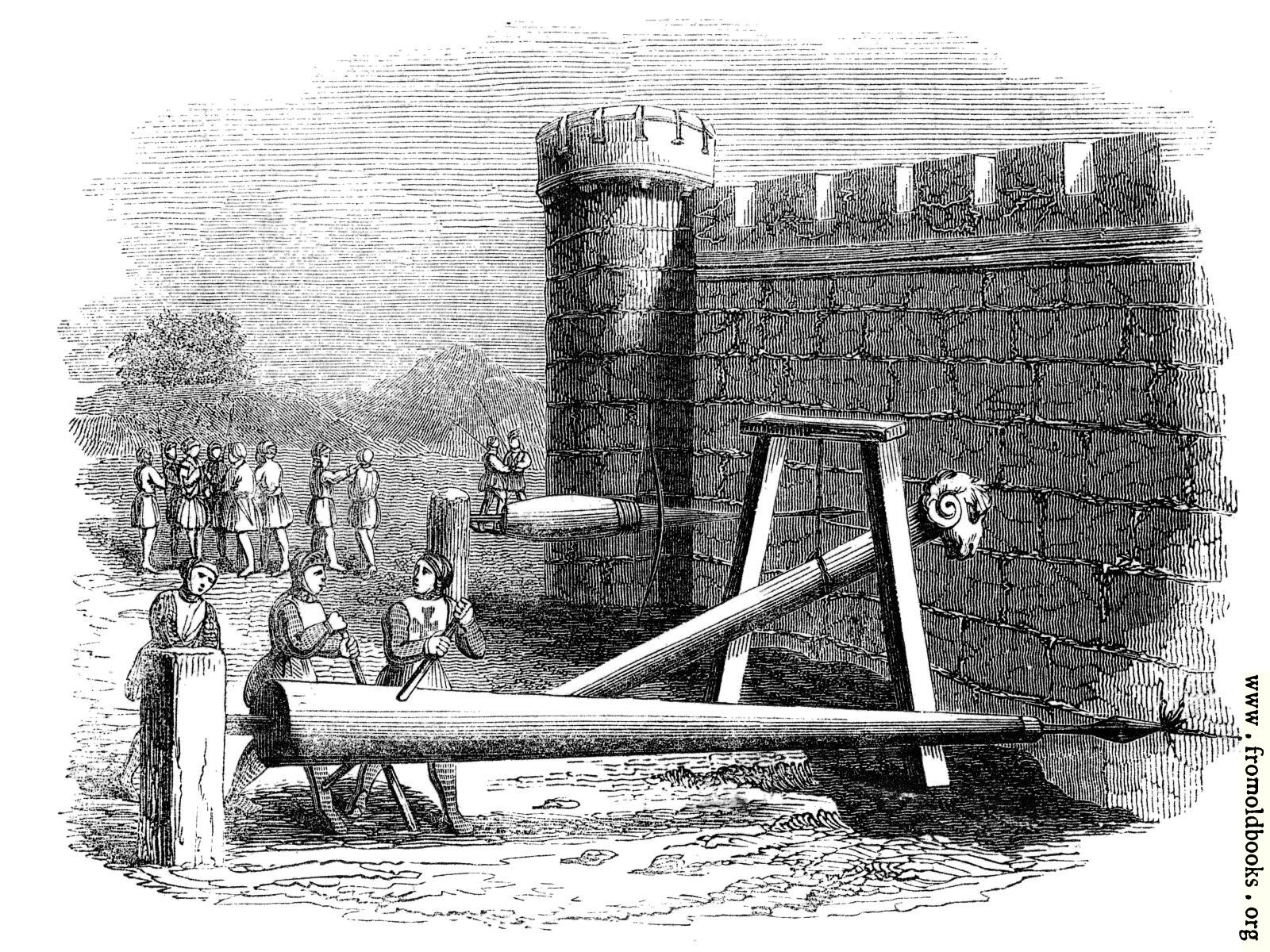 Medieval crusaders (mediaeval knights) use various devices to make holes in the defensive walls of a castle. In the background a group of people wearing tunics are talking, while a couple of distant soldiers carry spears.

The usefulness of making a hole in the wall was that castle walls were usually made of rubble held between two relatively thin stone walls. Once you made a hole, you could weaken the walls perhaps enough to make a hold big enough to get inside.

This is the lasst of a group of several related images about attacking a castle and defending a besieged castle.