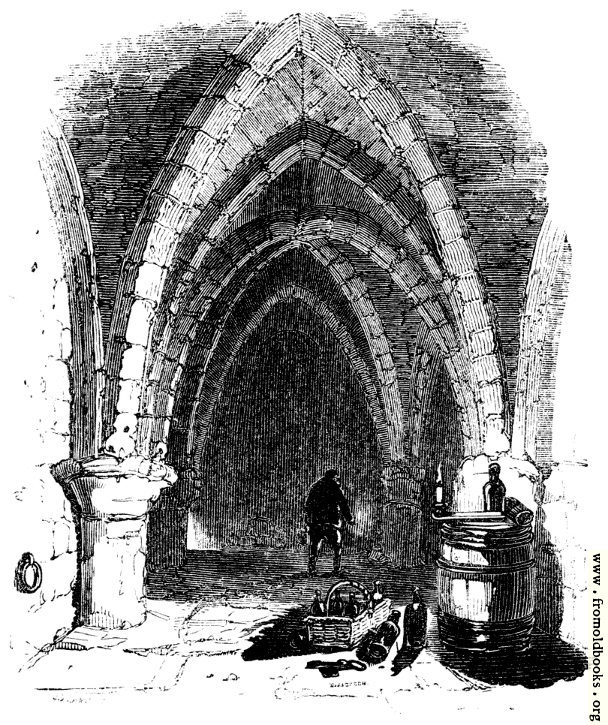 A dark stone-vaulted crypt extends as far as we can see; a man walks away from us, holding a burning taper out to light his way and carrying a heavy key. In the foreground a wine-barrel serves to hold a lamp, and several wine-bottles suggest heavy drinking.

The only other feature [of Saint Bartholomew’s Church, London] that it is necessary to mention is the crypt, which extends below the refectory, and is one of the most remarkable places of the kind even in London, so rich in crypts (Fig. 525). It runs the whole length of the refectory, and is divided by pillars into a central part and two aisles. Popular fancy has not even been satisfied with these suffiently noticeable facts as to the subterranean regions of St. Bartholomew’s, but has stretched the crypt all the way to Islington, where the prior had his country residence and pleasance or garden of Canonbury; and where the mansion and garden-house of Prior Bolton are still preserved, close by the famous Tower of Canonbury. The tower of course formed a part of the Canonbury estate, which evidently derives its name from the canons of the priory. (p. 130)

There is also a computer wallpaper available, a detail of this picture, the jailer walking into the dark.