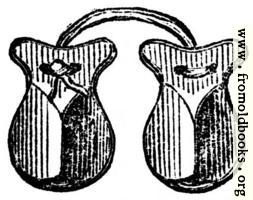 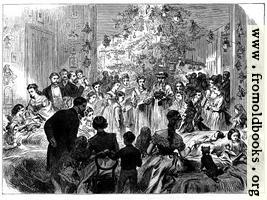 
FESTIVAL AT THE
EAST LONDON HOSPITAL
FOR CHILDREN.
[more...] [$] 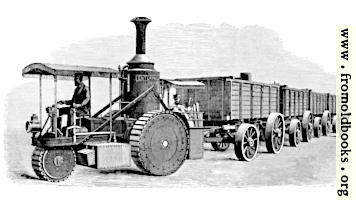 
The engraving shows a man driving a three-wheeled steam-powered traction engine named Enterprise; the traction engine has broad wheels with lots of rectangular metal plates aound them; the text, below, explains that they are to protect the thick india-rubber tyres. The traction engine has a fireman at the back in a covered area, and there are four large [...] [more...] [$] 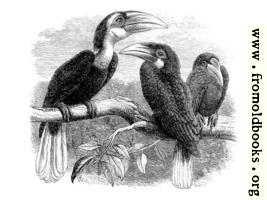 
The Hornbills are a family of birds which inhabit the tropics of Asia and Africa, dwelling in the deepest jungles and forests, and feeding principally upon ripe fruits. They are very remarkable for the large size and curious forms of their beaks, which vary much in the different species, and attain huge proportions in some of them. In most of them, [...]arboreal life. For many years it was supposed to be almost impossible to keep these handsome and attractive birds in a living state in this country [England]. But recently, the proper mode of treatment having been discovered, the Zoologi­cal Society of London has succeeded in intro-­ducing several of the largest and finest species of the group as permanent denizens of the aviaries in Regent’s Park. Amongst those at present in the society’s gardens are particularly noticeable a pair of the large concave-casqued hornbills, which have now been in the collection nearly six years, besides examples of several other ornamental species. To these an important addition has just been made in the shape of three hornbills, of which we now give an Illustration. The large figure in front repre­sents the white-faced male, and the adjoining figure is the black female of the plait-billed hornbill (Buceros Plicatus), while in the back­ground is a figure of a female of the slender hornbill (Buceros Gracilis). These three birds have recently arrived from Sumatra and Malacca, where they were taken as nestlings from the forest-trees in which they were bred last summer. Their bills are consequently not yet fuller [sic] developed, and will attain much larger proportions as the birds grow older. (p. 346) [more...] [$] 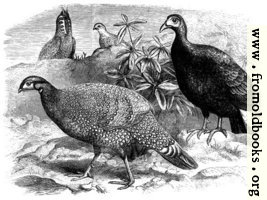 
The collection of living pheasants belonging to the Zoological Society of London has just been enriched by the arrival of fine examples of the males of two new species. At the meeting of the society, on Thursday 24th ult. [i.e. March 1870], Mr. Sclater read a paper concerning these remarkable [...] [more...] [$]

The Easter Volunteer Review: The 1st Artillery on the March from London to Brighton


Soldiers on the march pause for a moment outside the local pub, which has a sign showing a lion; crowds have gathered to watch the troops pass, most on foot but some on horse-back, and with carts on which are mounted heavy guns, cannons. To the left, an old lady [...] [more...] [$] 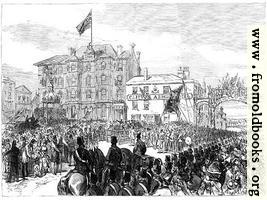 Opening of a New Promenade and Drinking-Fountain at Blackpool, Lancashire 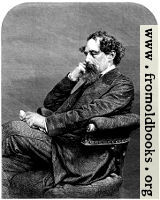 
This full-page illustration accompanied an obituary of Charles Dickens in the edition of the “Illustrated London news” for the 18th June, 1870; Dickens’ death had been reported in the newspaper the previous week. It shows him seated [...] [more...] [$] 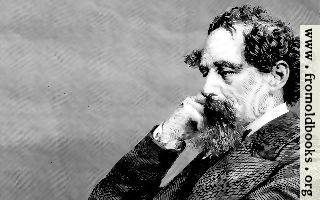 A closer crop of a portrait of Sir Charles Dickens


The portrait is from an obituary of Sir Charles Dickens published the week after he died, in June 1870. This version is cropped so you just have his head, and is an aspect ratio suitable for a desktop or tablet wallpaper (8:5 aspect ratio). [more...] [$] 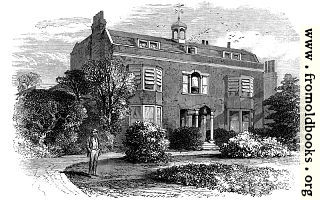 
A photograph of Charles Dickens outside his country home, Gadshill Place (also Gads Hill or Gas’s Hill Place) in Higham, Kent, UK, taken shortly before his death in 1870. [more...] [$] 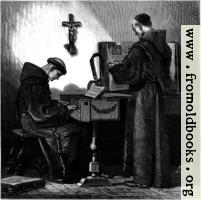 Out of the World


“[...] The scene is one which we understand the artist witnessed years ago at the Franciscan monastery at Tivoli. In a whiewashed cell of the monastery a young monk sits playing the harpsichord—one of those old-fashioned instruments still used in remote districts on the Continent where the modern piano has not been introduced—and [...] [more...] [$]