1532.—Interior of the Beauchamp Towerdetails 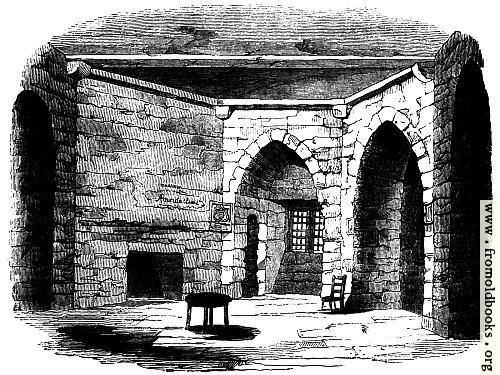 1532.—Interior of the Beauchamp Tower, in London, London, England more

1532.—Interior of the Beauchamp Tower

The Beauchamp Tower in the Tower of London; the tower was built in the thirteenth century during the reign of King Edward I. It’s named after Thomas Beauchamp, Earl of Warwick, who was imprisoned there.

[...] Lady Jane, thus urged, assumed the fatal diadem—perhaps the last woman on earth to whom, under almost any circumstances, it could have been desirable. Her guiltless usurpation was brief enough. Within ten days of ber proclama- tion and exhibition as queen, and her taking up ber residence in that character in the Tower of London, the rightful heiress, Mary, was in full possession of all of which it had been attempetd to deprive her, and Queen Jane and her young consort had to come down from their thrones, and to bid an eternal farewell to all earthly glory. The Tower Palace became almost instantaneously the Tower Prison. In the Beauchamp Tower (Fig. 1532) the letters A N E, inscribed on the wall, was attributed to the hand of Lord Guilford. (p. 31)