228.—Saxon Emblems of the Month of February.details 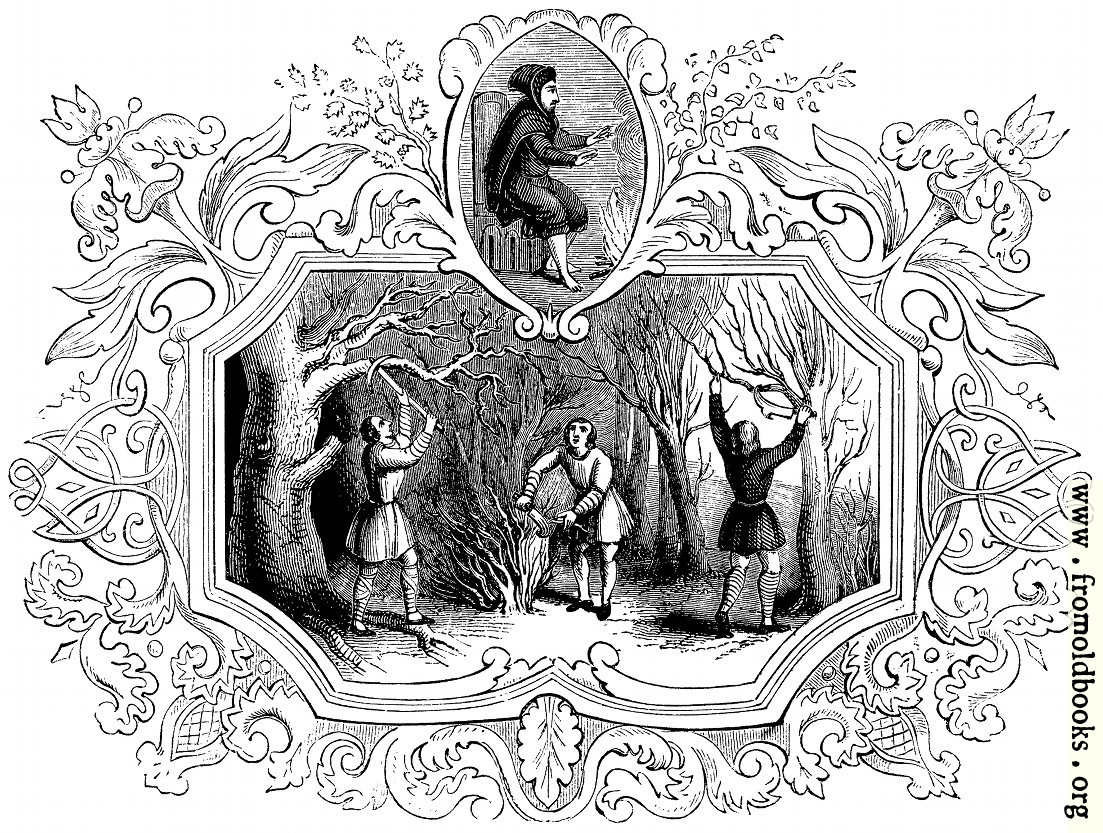 228.—Saxon Emblems of the Month of February. more

228.—Saxon Emblems of the Month of February.

“They called February Sprout-kele, by kele meaning the kele-wort, which we now call the cole-wort, the great pot-wort in time long past that our ancestors used; and the broth made therewith was thereof also called kele. For before we borrowed from the French the name of potage, and the name of herb, the one in our own language was called kele, and the other wort; and as the kele-wort, or potage herb, was the chief winter wort for the sustenance of the husbandman, so was it the first herb that in this month began to yield out wholesome young sprouts, and consequently gave thereunto the name of Sprout-kele.” So writes old Verstegan; and perhaps if we had weighed earlier what he thus affirms, we might have better understood Shakspere when he sings of the wintery time,

The Saxon pictures of February show us the chilly man warming his hands at the blazing fire; and the labourers more healthily employed in the woods and orchards, pruning their fruit-trees and lopping their timber (Fig. 228). Spenser has mingled these emblems in his description of January, in the ‘Faery Queen;’ but he carries on the pruning process into February:—

In many weeds to keep the cold away;

Yet did he quake and quiver like to quell,

And blow his nails to warm them if he may;

For they were numb’d with holding all the day

An hatchet keen, with which he felled wood

And from the trees did lop the needless spray.”

The image shows a man wearing a hoodie, barefoot and bare-legged, warming his hands by a fire. He looks pretty grumpy, too. In the main part of the image we see men getting firewood in a dark and gloomy forests, with their axes, as well, perhaps pruning their fruit trees.