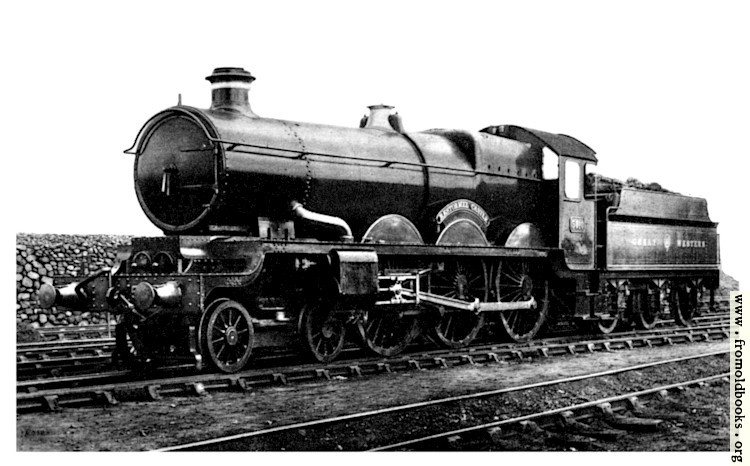 Designed primarily to avoid double heading with trains weighing up to 360 tons, on the heavy banks between Newton Abbot and Plymouth on the South Devon section of the main line, the latest four-cylinder engines of both the “Castle” and the “King” classes have satisfactorily acquitted themselves as to efficiency in haulage, capacity and speed.

[...] Restormel Castle is shown in the frontispiece. These engines have four cylinders 16in. by 26in., and coupled wheels 6 ft. 8½in. diameter. the tractive effort is 31,645 lbs at 85 per cent. boiler pressure, as compared with 27,800 lbs. for the previous four-cylinder engines.