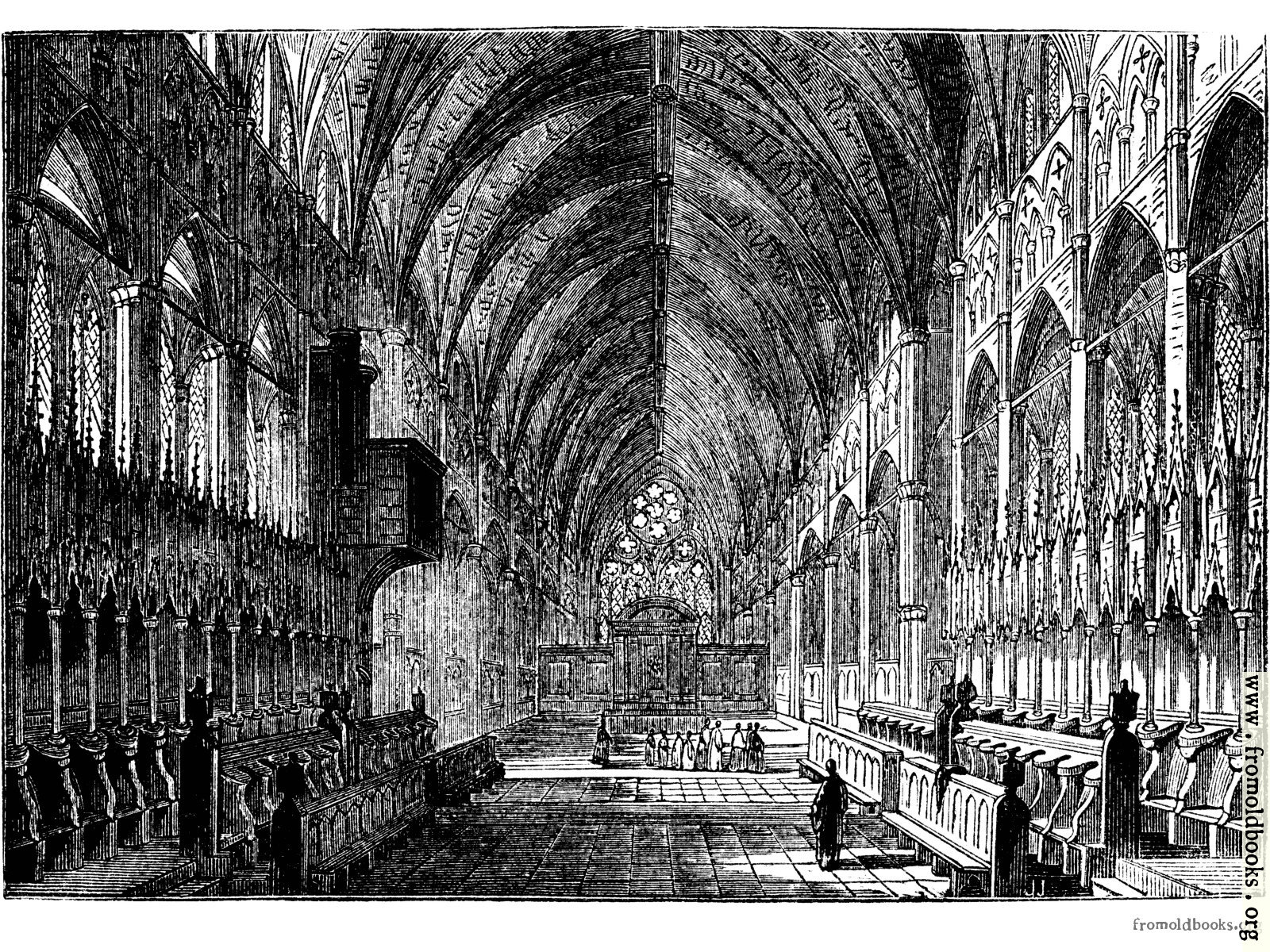 The Nave, unequalled, it is supposed, in the world for its combined magnitude and beauty of proportion, and the curious Galilee porch, so richly decorated, are among the next additions; the use of the last-named work has thus been explained by Dr. Slilner (‘Treatise on the Ecclesiastical Architecture of the Middle Ages’):—“There were formerly such porches at the western extremity of all large churches. In these public penitents were stationed, dead bodies were sometimes deposited, previously to their interment, and females were allowed to see the monks of the convent who were their relatives. We may gather from a passage in Gervase, that upon a woman’s applying for leave to see a monk, her relation, she was answered in the words of Scripture, ‘He goeth before you into Galilee, there you shall see him.’ Hence the term Galilee. It is well known that at Durham Cathedral women were not even allowed to attend Divine service except in the Galilee.” (p. 155)