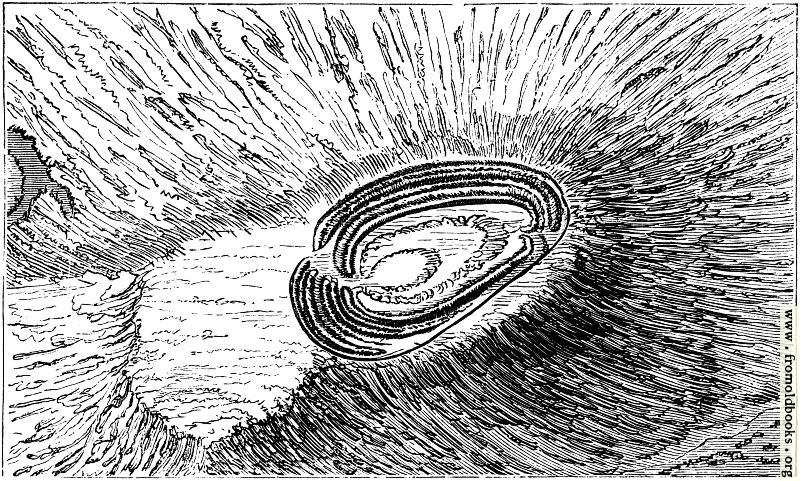 Major-General William Roy produced The Military Antiquities of the Romans in Britain in 1793.

The Roman walls, the Saxon towers, the Norman cathedral, which have successively crowned this hill, have perished, but here it remains, with all the peculiar character of a British fortress still impressed upon it (Fig. 23). Such a fortress is the beacon (Fig. 76) which forms the summit of one of the highest of the Malvern hills, and looks down upon that glorious valley of the which, perhaps more than any other landscape, proclaims the surpassing fertility of ‘Old England.’ Such is, in all likelihood, the castellated hill near Wooler, in Northumberland, which rises two thousand feet above the adjacent plain, with its stone walls, and ditches, and crumbling cairns. It was in these hill-forts that the Britons so long defied the Roman power; and one of them (near the confluence of the Coln and Teme, in Shropshire) is still signalised by the name of one of the bravest of those who fought for the independence of their country—Caer-Caradoc, the castle of Caractacus (Fig. 77).