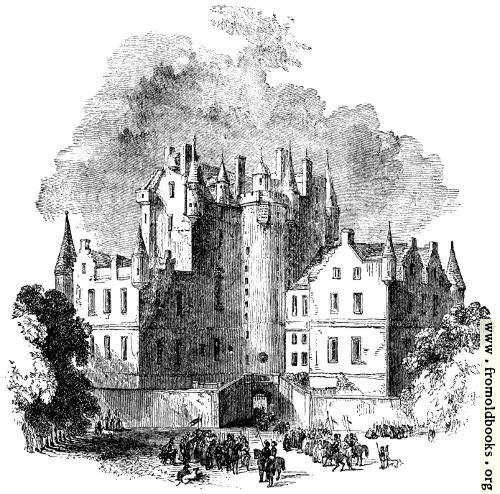 The Dunsinane Hills form a long range extending in a north-easterly direction from Perth to Glamis. The castle of the “thane of Glamis” has been made a traditionary scene of the murder of Duncan [in Macbeth]. Birnam Hill is to the north-west of Perth; and between the two elevations there is a distance of some twelve miles, formed by the valley of the Tay.

The Scottish castle of Glamis is inhabited by the Earl of Strathmore, whose family have lived there for some 600 years. The nobility fell on harder times, it seems, and today the public can visit the castle.