The front cover of this book has the wrong title, “The Works of Shakspere” instead of “William Shakspere: A Biography.” [$] 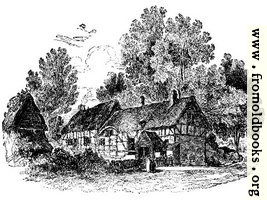 
The cottage in Stratford-on-Avon where William Shakespeare’s wife, Anne Hathaway, lived as a child. Shottery is the name of a village near Stratford. [more...] [$] 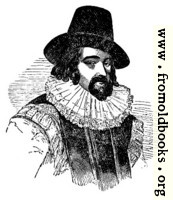 
Francis Bacon, the lawyer, and William Shakspere, the actor, are unconscious each of the greatness of the other. The difference of their rank probably prevents that communication which might have [...] [more...] [$]


Elizabeth, the Queen, is now in her fifty-fifth year. She is ten years younger than when Paul Hentzner described her, as he saw her surrounded with her state in this same palace. The wrinkles of her face, oblong and fair, were perhaps not yet very marked. Her small black eyes, according to the same authority, were pleasant even in her age. The hooked [...] [more...] [$] 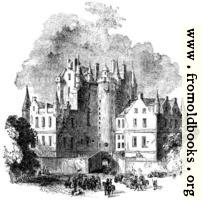 
The Dunsinane Hills form a long range extending in a north-easterly direction from Perth to Glamis. The castle of the “thane of Glamis” has been made a traditionary scene of the murder of Duncan [in Macbeth]. Birnam Hill is to the north-west of Perth; and between the two elevations there is a [...] of the Tay. [more...] [$]