Cathedral from the N.E. and part of City Wall.details 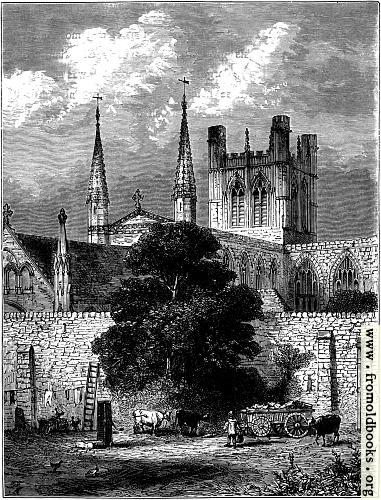 Cathedral from the N.E. and part of City Wall., in Chester, Cheshire, England more

Cathedral from the N.E. and part of City Wall.

[...] there is good reason to believe that during the Roman occupation of Chester, a church, dedicated to St. Peter and St. Paul, stood upon this spot; and most interesting it is thus to connect this ground with the early Christianity of the Apostles of the gentiles, so large a part of whose life was spent among Roman soldiers, and whose name must almost certainly have been known to some who fought on the Welsh frontier, and were quartered at Chester, under the successors of Agricola.” (p. 81)

The present building of Chester cathedral is roughly a thousand years old.