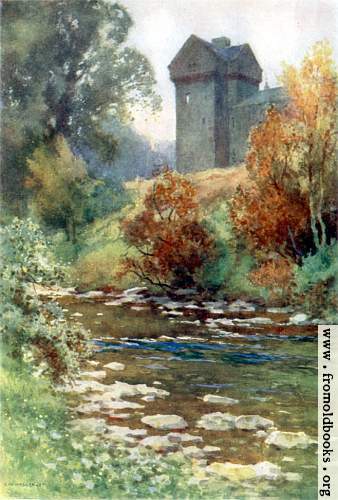 It was from Branxholm, on the Teviot above Hawick, that another Scott of the name – generation after generation were Walters – rode forth to rescue ‘Kinmount Willie’ from prison in Carlisle. The Minstrel’s tale, in the Lay, opens at and returns again to Branxholm Ha’; it was at the Tower Inn, at Hawick, where the Duchess Anne of Buccleuch and Monmouth held her receptions, and that the greatest of all the Sir Walters parted from his guests the Wordsworths.” (p. 21)