Behold: Jesus taken down from the crossdetails 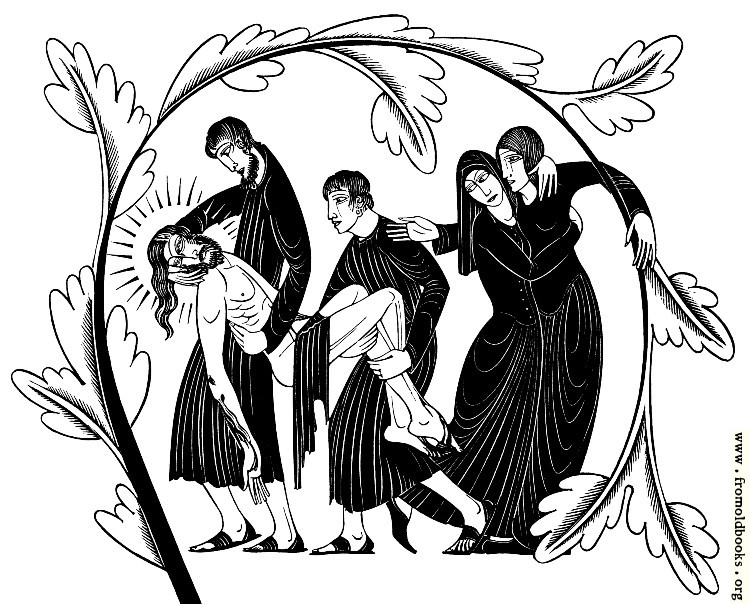 Behold: Jesus taken down from the cross more

Behold: Jesus taken down from the cross

A Biblical scene enclosed in a circular vine.

Jesus, a well-known Jew from Palestine, was publicly humiliated and executed stark naked for crimes against the state; afterwards his supporters were permitted to retrieve the body and to take it to a tomb provided by (according to some accounts) a wealthy merchant.

The engraving was made by Eric Gill for the Golden Cockerel edition of the Four Gospels and is in his distinctive style.

This image is a detail from a full-page wood-engraving that also includes text.