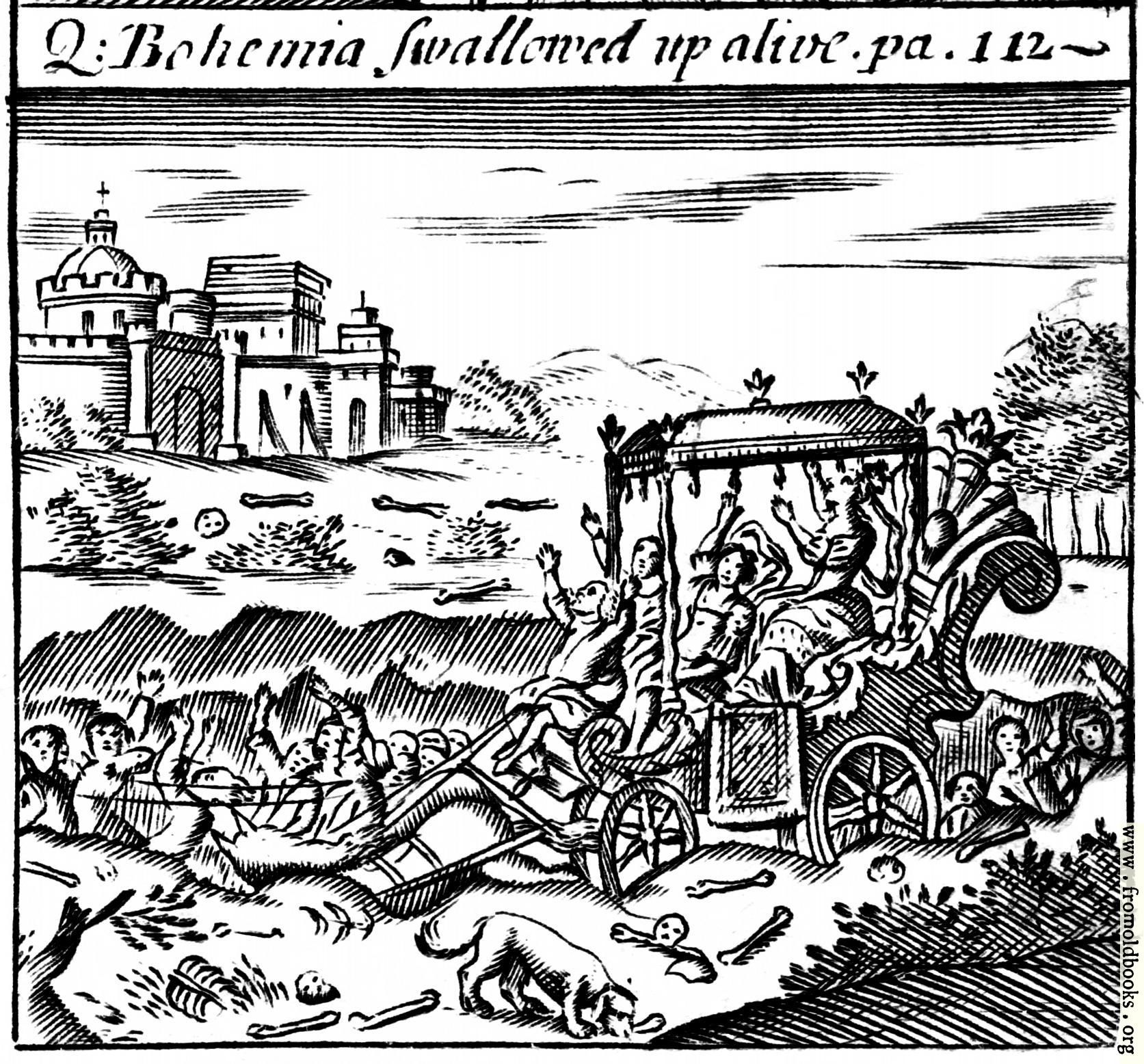 The chapter heading is Chap IV. The Wicked Lives, and Woful Deaths of several Popes, and likewise of Apostates, and Desperate Persecutors, but the running heads on each page say The woful Deaths of Wicked Popes, Apostates and Persecutors.

XL. Drahomira Queen of bohemia was an implacable Enemy to the Christians, and caused many of them to be slain; but as she happened to pass over a place, where the Bones of some godly Ministers (who had been martyred) lay unburied, the Earth opened its mouth, and swallowed her up alive, together with the Chariot wherein she was, and all that were in it: which place is to be seen before the Castle of Prague to this day.” (p. 111)