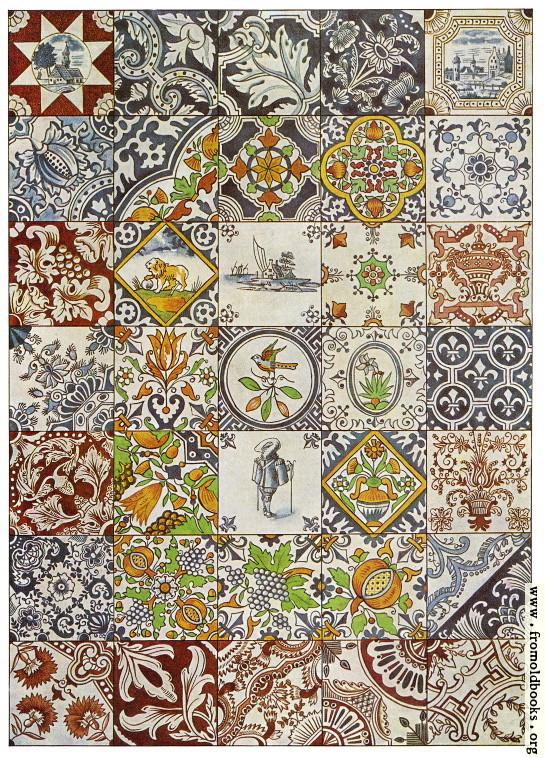 Speltz, Alexander: “The History of Ornament: Design in the Decorative Arts” (1915)

A collage made of Dutch “Delftware” ceramic tiles, probably from the eighteenth century. I have also made separate low-resolution 500-pixel images of the individual tiles.

Dutch faience shows a distinct Japanese influence because of the trade connections between Holland and Japan in the 17th century. The Dutch East India Company, founded in 1602, had promoted trade with East Asia so successfully that in 1640 Japan expelled the Spanish and Portugese traders and gave the Dutch th emonopoly in trading with Europe.

The Dutch faience industry began with the formation of a guild in Delft in 1611. The most important members were and , who consequently can be considered the founders of this industry in .

At the beginning of the 18th century Delft faience manufacture underwent a transformation. Until then faience had been expensive and within the reach of only wealthy people. Probably because of over-production, competitoin between manufactures became very intense and forced prices down. (p. 55)