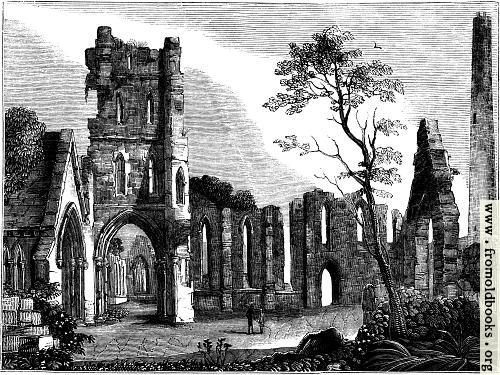 At Kildare, in ireland, still remain the relics of a small building in which, previous to the thirteenth century, the holy fire of St. Brigid used to be kept burning. It was suppressed at that period, by Henry de Loundres, Archbishop of Dublin, a man who seemed to rise above many of the superstitions of his age. After his death it was revived, and only ceased at the Reformation. One of the popular Saint’s disciples, Conlæth, under St. Brigid’s directions, founded, in the beginning of the sixth century, the ancient Cathedral of Kildare (Fig. 1060), of which the choir only is now [1845] in use, the nave and transepts having been completely ruined in the civil wars of the seventeenth century.” (p. 307)