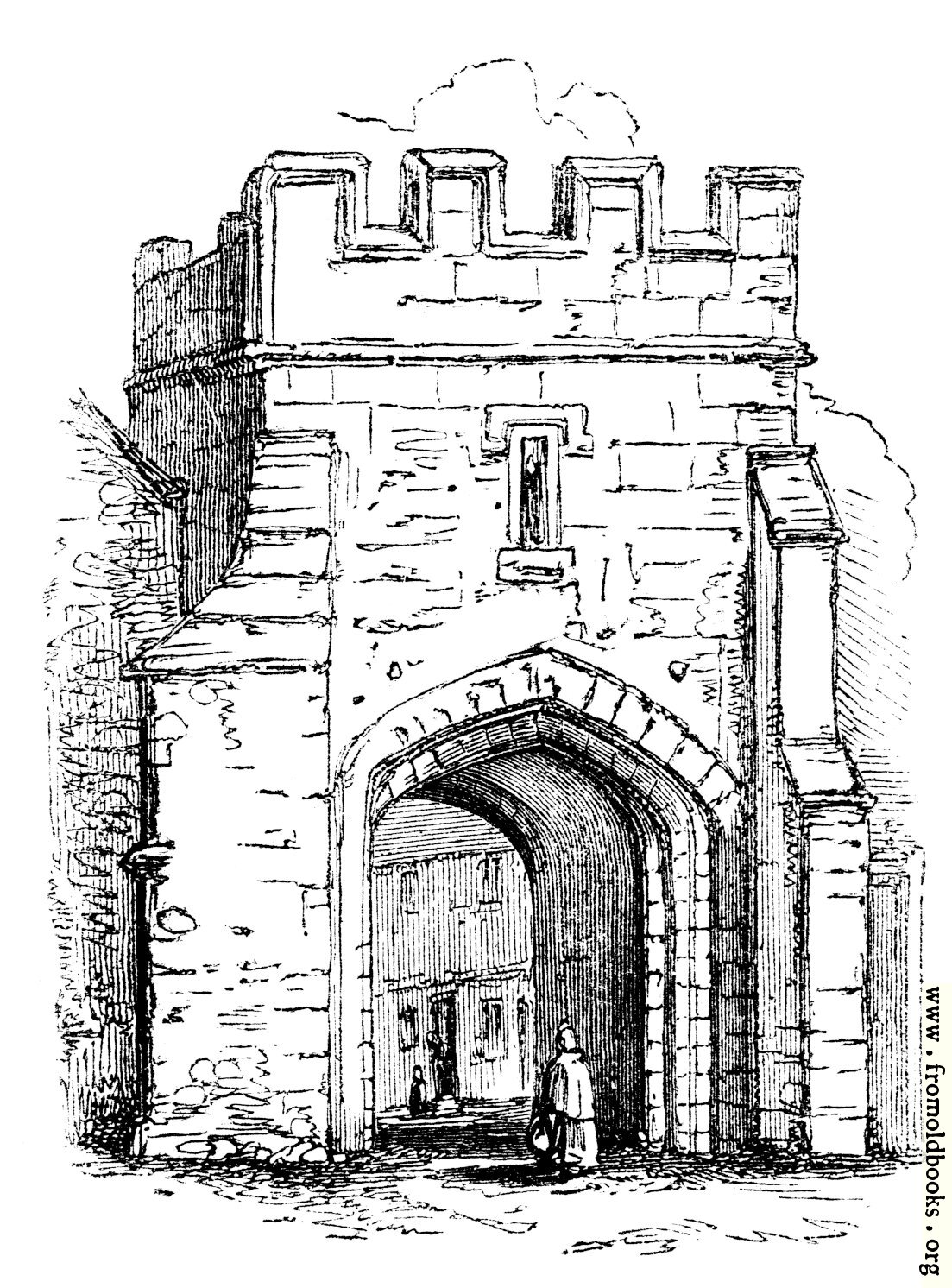 This is the Cook Street gate in Coventry.

The original gate was started in 1329, but not finished until the City of Coventry was granted a licence to crennelate in 1363 (this licence gives the holder the right to have battlements). There was also a thick and tall wall and a moat.

The tower had some restoration work done in the early 1930s, which appears to be when a gargoyle was added since it’s not shown in this engraving.

The gate is one of the few mediaeval buildings to survive the bombing of Coventry inthe Second World War.