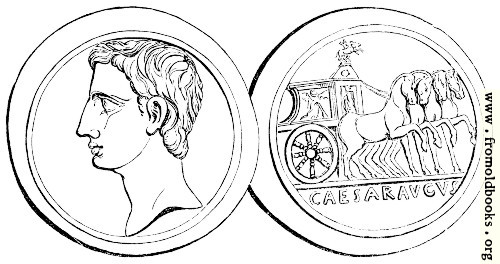 For ninety-seven years after the second expedition of Cæsar the country [England] remained at peace with Rome. Augustus (Fig. 117) threatened an invasion; but his prudence told him that he could not enforce the payment of tribute without expensive legions. The British princes made oblations in the Capitol; and, according to Strabo, “rendered almost the whole island intimate and familiar to the Romans.”