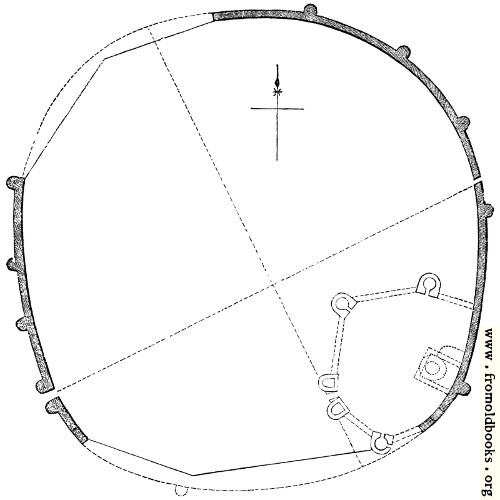 On the north side was a few years since a fragment of a supposed Saxon keep, held to be an addition to the original Roman Castrum (Fig. 109). But the most important and interesting adaptation to another period of the Roman Pevensey is the Norman keep, the form of which is indicated on the Plan 106, at the south-east, and which was evidently fitted upon the original Roman wall so as to form the coast defence on that side. [...] The area within the Roman walls of Pevensey is seven acres. The irregular form of the walls would indicate that here was a British stronghold before the Roman castle. (p. 35)