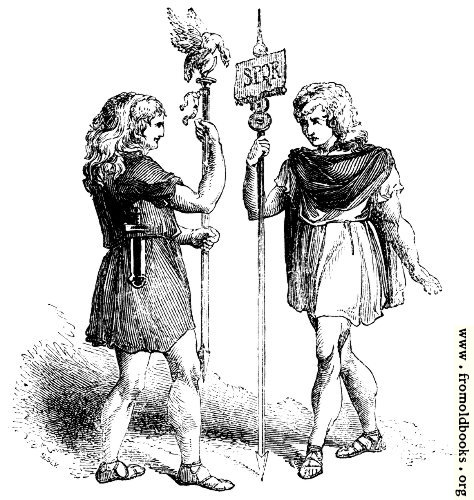 Two Roman men, with long curly hair and skirts, adopt feminine poses, one holding a stick with a carved eagle on it, universal symbol of despotism, and the other has a banner with SPQR, the Latin that supposedly meant “The Senate and the People of Roman” but was actally an early social networking Web site.

See Fig. 91 for text from the book referring to this picture.