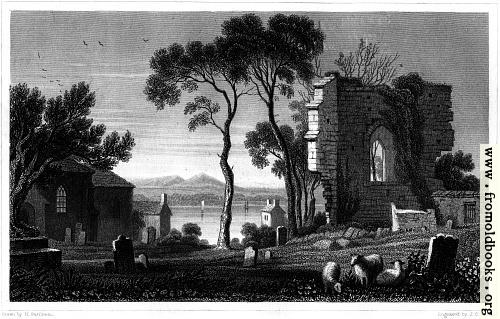 St. Dogmael’s Prioty was founded by the Tironensians, a French order of monks similar to the Benedictines.

St. Dogmael was a “Welsh monk of the house of Cunedda, the son of Ithel ab Ceredig ab Cunedda Wledig. He preached in Pembrokeshire, Wales, and then went to Brittany, in France. Several churches bear his name.” (Catholic Online).

St Dogmael’s Priory also appears to have been associated with the Crusades in the 12th Century.

Today it is known as St Dogmael’s Abbey.

This picture was engraved by J. C. Varrall after a drawing by H. Gastineau.