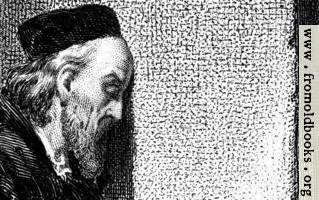 
A detail from the Portrait of Sir Thomas More suitable for use as a computer desktop background (“wallpaper”). This one is for screens in the 8:5 wide-screen aspect ratio; there is also a widescreen (8:5) version. [more...] [$]


Parker’s deliberation, prudence, learning, and his thorough knowledge of ecclesiastical affairs in general, and particularly of the state of the Church of England from the beginning of the Reformation, secured for him the confidence of Elizabeth’s great statesmen. Though naturally bashful, he was rough in his [...] has been regarded as the vigorous defender of what he believed to be the interests of the Church, and true to the cause of the hierarchy. (p. 634) [more...] [$] 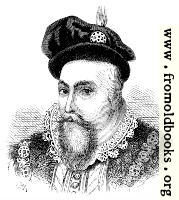 
Robert Dudley is here seen wearing what looks like a Scottish regimental beret; he has a beard and moustache, and wears a ceremonial chain, ruff and (presumably) robe. [more...] [$] 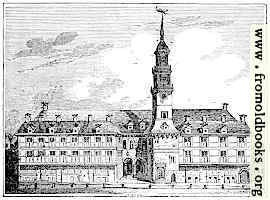 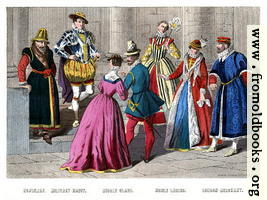 
A coloured print from 1878, showing how people dressed in the second half of the sixteenth century. From left to right we have: [more...] [$] 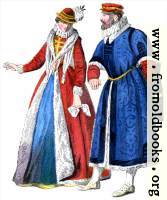 
These two people represent nobility from the third quarter of the sixteenth century (1550 to 1580); they have hats in red and gold; ruffs around their necks; fur-lines gowns; red sleeves. They have slightly pinkish faces. The man has white [...] [more...] [$]