A brown binding with gold lettering on the spine. Almost certainly the original binding. [$] 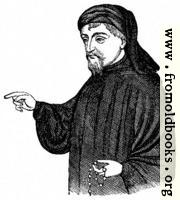 
The Macaroni Club was an Eighteenth Century parody of style; see the female macaroni for more details. The club is perhaps best remembered for the taunt about the uncultured and ignorant Yankee who “stuck a feather in his cap and called it Macaroni.” [more...] [$]


Some dandies who had visited Italy formed in London, about 1770, an association under the title of the Macaroni Club. On their dinner-table was always placed a dish of macaroni, an article of food little known in England at that period. The members were not content with merely enjoying their novel fare, they aspired to be leaders of fashion in dress. [...] [more...] [$]