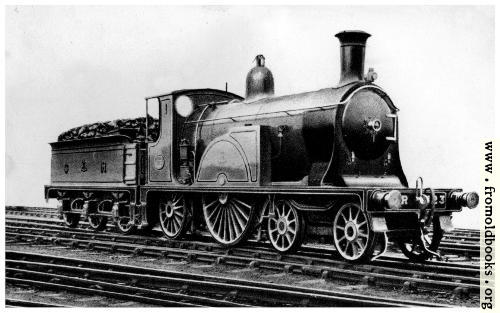 This steam engine was built by Neilson and Company for the Edinburgh Exhibition in 1886. Originally bought by the Caledonian Railway, the engine was later L.M.S.R. No. 14010. In the 1880s it was pulling a long-distance express train at an average (over 100 miles) of almost 60 miles per hour.

Hornby has a model of this locomotive in its LMS livery, and the original is on display in the Glasgow transport museum.