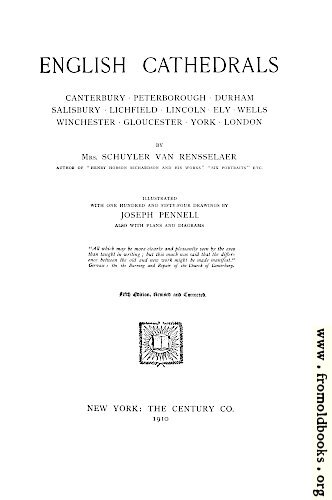 Illustrated with one hundred and fifty-four drawings by JOSEPH PENNELL also with pland and diagrams.

“All which may be more clearly and more pleasantly seen by the eyes than taught in writing; but this much was said that the difference between the old and new work might be made manifest.” Gervase: On the Burning and Repair of the Church of Canterbury.