The Birthplace of Charles Dickensdetails 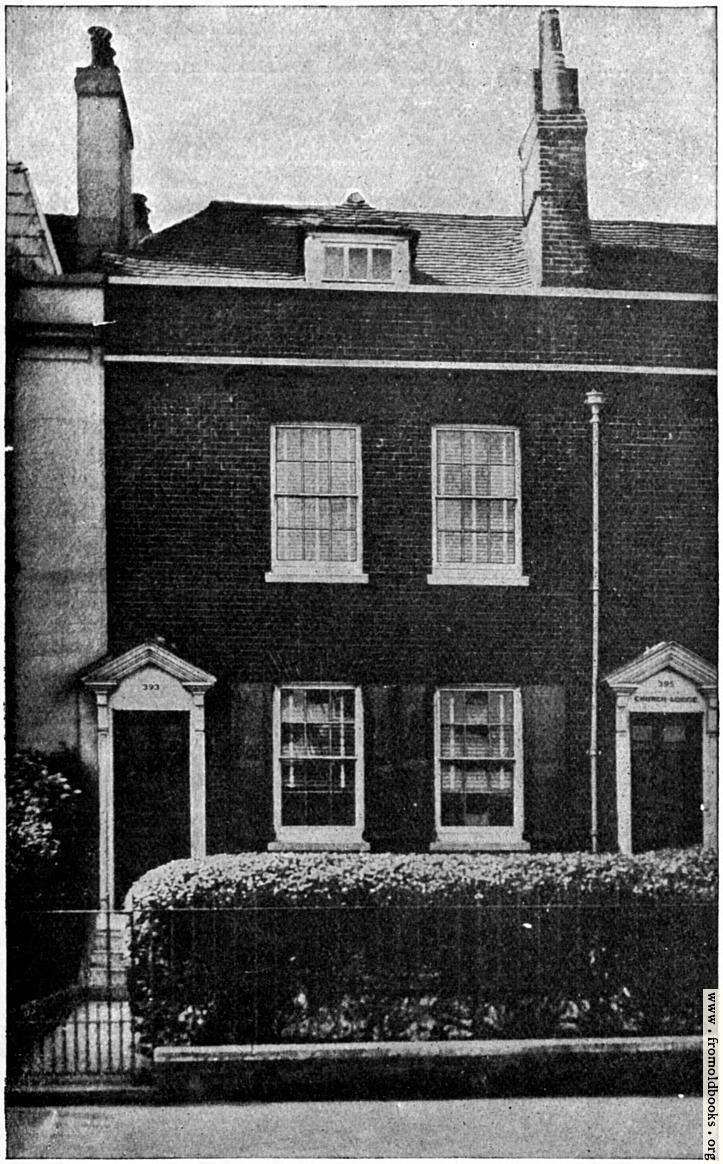 The Birthplace of Charles Dickens, in Portsmouth, Hampshire, England more

The Birthplace of Charles Dickens

(By permission of Messrs. A. and C. Black)

The magazine (Leisure Hour, 1904) contains several illustrations from The Dickens Country by F. G. Kitton and published by Messrs. Adam and Charles Black. This is one such picture.

“Charles Dickens was born in an unpretensious little house in Commercial Road, Portsmouth, on February 7, 1812. His father was at the time employed in the Navy Pay Office. The number of the house was 387, which has recently been changed to 393, but the edifice remains unaltered. It is a plain, red-brick building containing four rooms of moderate size and two attics. The front bedroom is believed to be the room in which Dickens was born. From mthe apartment in the rear there is still a pleasant prospect overlooking a long garden. Two years ago the house was purchased by the Portsmouth Town Council for the intention of making a Dickens Museum of it. The price paid was £1125, exceeding by £500 the amount realised on the same occasion by the adjoining house, which is identical in character.” (pp. 547 – 8)