Travels Around the World (page 2/3) 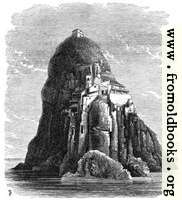 
Two hundred and fifty miles above nanking, the [Yang-tse-kiang] river flows swiftly through a narrow gorge between two mountains, one called the Eastern, the other the Western Pillar. Above this strait the river winds, and is flanked on the right bank by bluffs like those of the Mississippi and Missouri; a hundred miles higher, another gorge; near [...] [more...] [$] 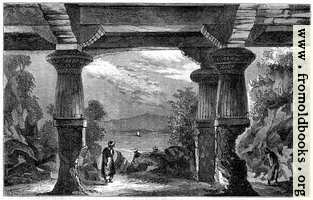 Entrance to the Cave of the Elephanta


We ascended an easy flight of stone steps to a plateau one hundred and fifty feet above the sea. [...] Passing to the centre of the plateau and turning to the right, we confronted a work of human art, gigantic and marvelous. It is a subterranean temple. the builders, beginning half-way up the mountain declivity, and cutting down perpendicularly, [...] [more...] [$] 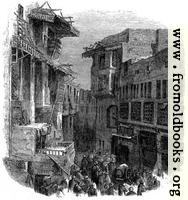 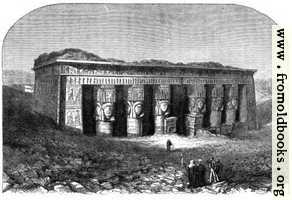 
It is more modern and better preserved, though less interesting, than the Memnonium. Its construction was begun by one of the Ptolemies, two hundred and fifty years before the Christian era, and was completed under the Emperor Tiberius, while our Saviour was yet living in jerusalem. Some of its decorations were added in the reign of Nero. It has [...] [more...] [$] 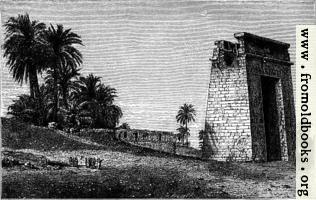 
[Karnak] is the most imposing ruin in the world, devastated sadly, but not in a heap of débris. The ruins cover an area of nearly two miles in circumference. Was there one symmetrial structure, dedicated to one worship, or was there a combination of many temples, dedicated to many gods? The former idea is supported by the fact that there are still traceable twelve approaches to the ruins, in different [...] [more...] [$] 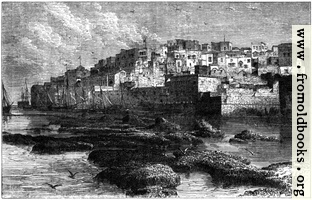 
(p. 626). Historians belive that Jaffa is the only port in the world which can boast uninterrupted inhabitation throughout its entire existence. The Canaanites founded the city in the 18th [...]the beautiful). It’s in Palestine, but has been occupied by the Israeli military since 1948. [more...] [$] 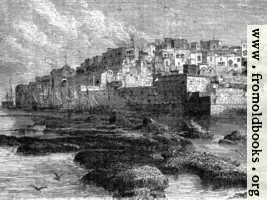 
A version of the Jaffa picture cut down so you can use it as a desktop image (wallpaper, as Windows people say). [more...] [$]