Front cover of this 1820s schoolbook; it was once quarter-leather, probably with marbled paper pasted down, but two hundred years have taken their toll. [more...] [$] 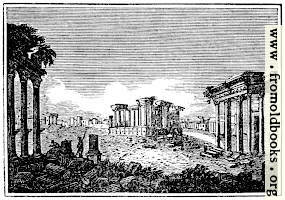 The Ruins of Palmyra.


Palmyra is an ancient city now in Syria, but when this book was written it was in Turkey. The ruined Temple of Bel معبد بل) on the right in this engraving has since largely been destroyed by a right-wing religious group. The Great Tetrapylon in the middle background appears to have [...] [more...] [$] 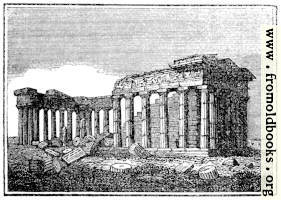 
The engraving (probably a wood-cut) features a fairly rough drawing of the Parthenon; it was presumably made from a drawing from no later than the early [...] [more...] [$] 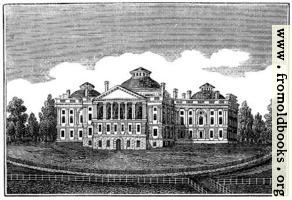 
Engraving (probably a woodcut) of the US Capitol building in Washington, DC. The building was burned down in the War of 1812 by the British (from Canada), and this engraving [...] [more...] [$] 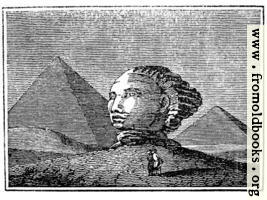 
The pyramids were accounted by the ancients one of the seven wonders of the world. They are alike famous for their vast size and remote antiquity. History furnishes no authentic information respecting the time ot the object of their erection. They continue to be objects [...] [more...] [$]

Words and pictures from “Elements of Geography Ancient and Modern; with an atlas” by J. E. Worcester, A. M., Stereotype Edition, Boston, 1825.