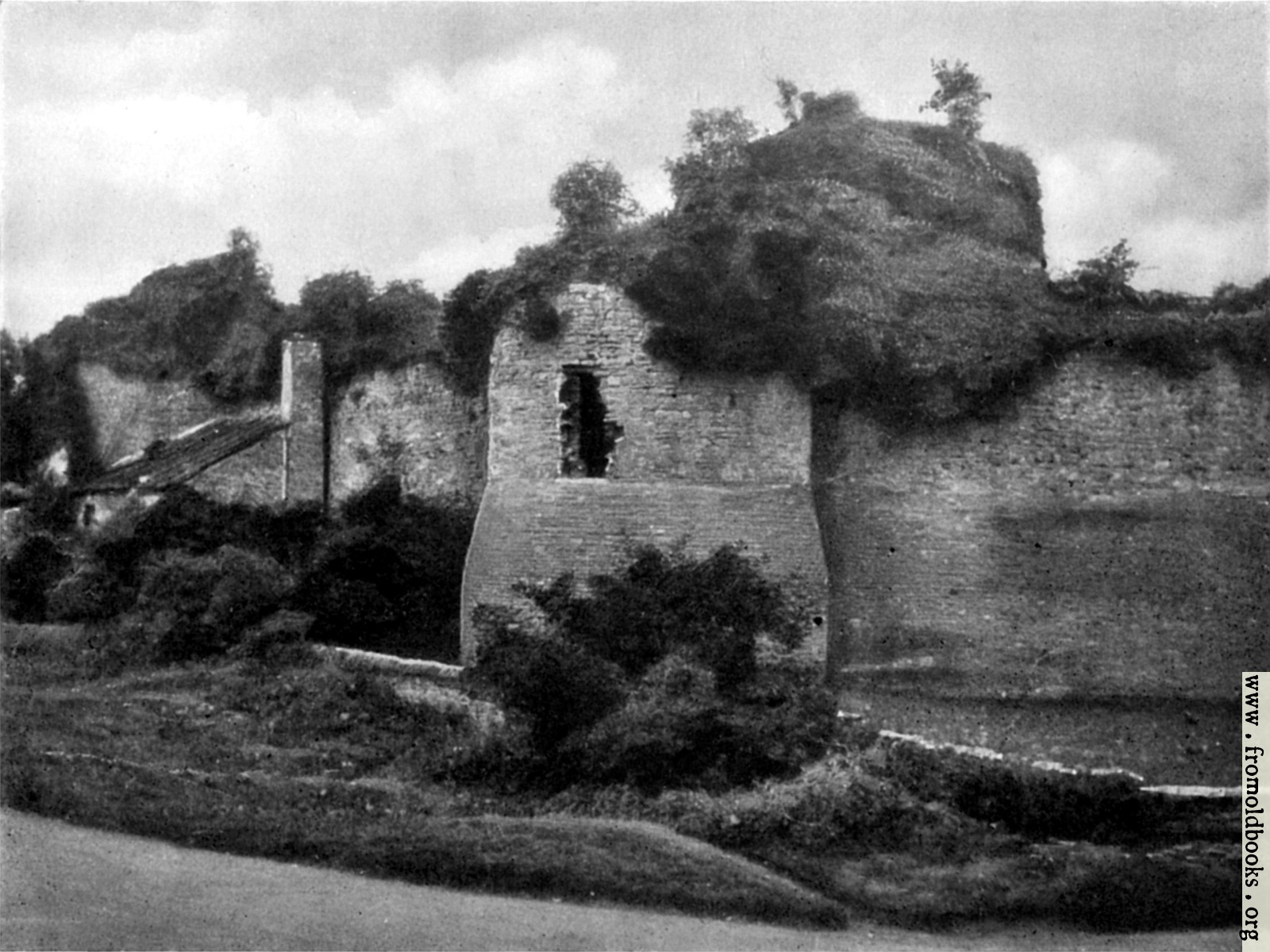 The three castles differ from each other in situation and character. Skenfrith, the smallest of the three, and the one which was least pulled about by its later owners, lies low, at a point where a lateral depression opens out into the main valley of the [river] Monnow. The builder did not take advantage of any one of several neighbouring knolls, but chose a site in the trough of the valley, where he could use a stream to give hiself the protection of a wet ditch.

The little castle is a perfectly quadrangular enclosure, with four drum-towers at its corners and one more set in its south side. It has a large circular keep, standing isolated on a very low motte in the centre of the courte. All the inner buildings, which must have eisted, are gone, save this keep, which still dominates the whole valley—it is some 40 feet high, and must once have been higher. The castle is much neglected: it is overgrown with ivy and trees, and the interior of the keep serves as a refuge for cows, and was in a filthy state in 1924.