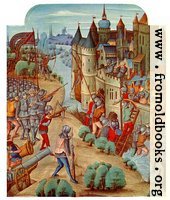 A Siege of the Fifteenth Century


From a manuscript belonging to EdwardIV., now in Sir John Soan’s Museum. [more...] [$]


The Gate House
The gatehouse dates from 1386, when King Richard II granted Richard Abberbury the Elder the right to fortify ("crenellate") his manor. [more...] [$] 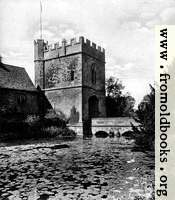 
There has been a castle at this site since at least the first half of the 12th century, although the oldest of the present buildings could be as late as the 1260s according to Sir Charles Oman. [more...] [$] 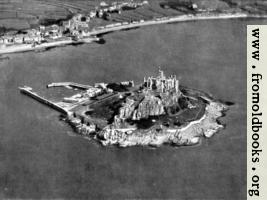 
The westernmost of the castles of the British Isles is in some ways the most interesting and picturesque of them all. Essentially a water-fortress girt round on all sides by a natural moat, it [...] [more...] [$] 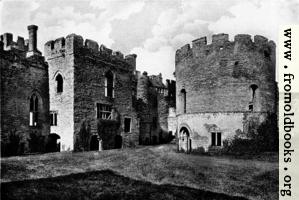 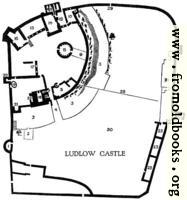 
“This is by far the most important castle of the whole Welsh border, surpassing Chepstow in size and Raglan in historic interest.” (p. 135) [more...] [$]


Late Norman also is the very curious round chapel of St. Mary Magdalen, which stands in the middle of the ward, and displays a particularly fine entrance door with zig-zag moulding, and another arch opening into the place where the now-vanished chancel stood. The interior, now [1926] open to the sky, was once very elaborately decorated with woodwork [...] [more...] [$] 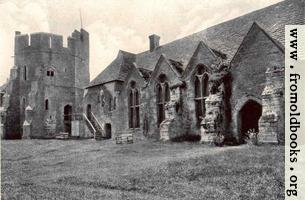