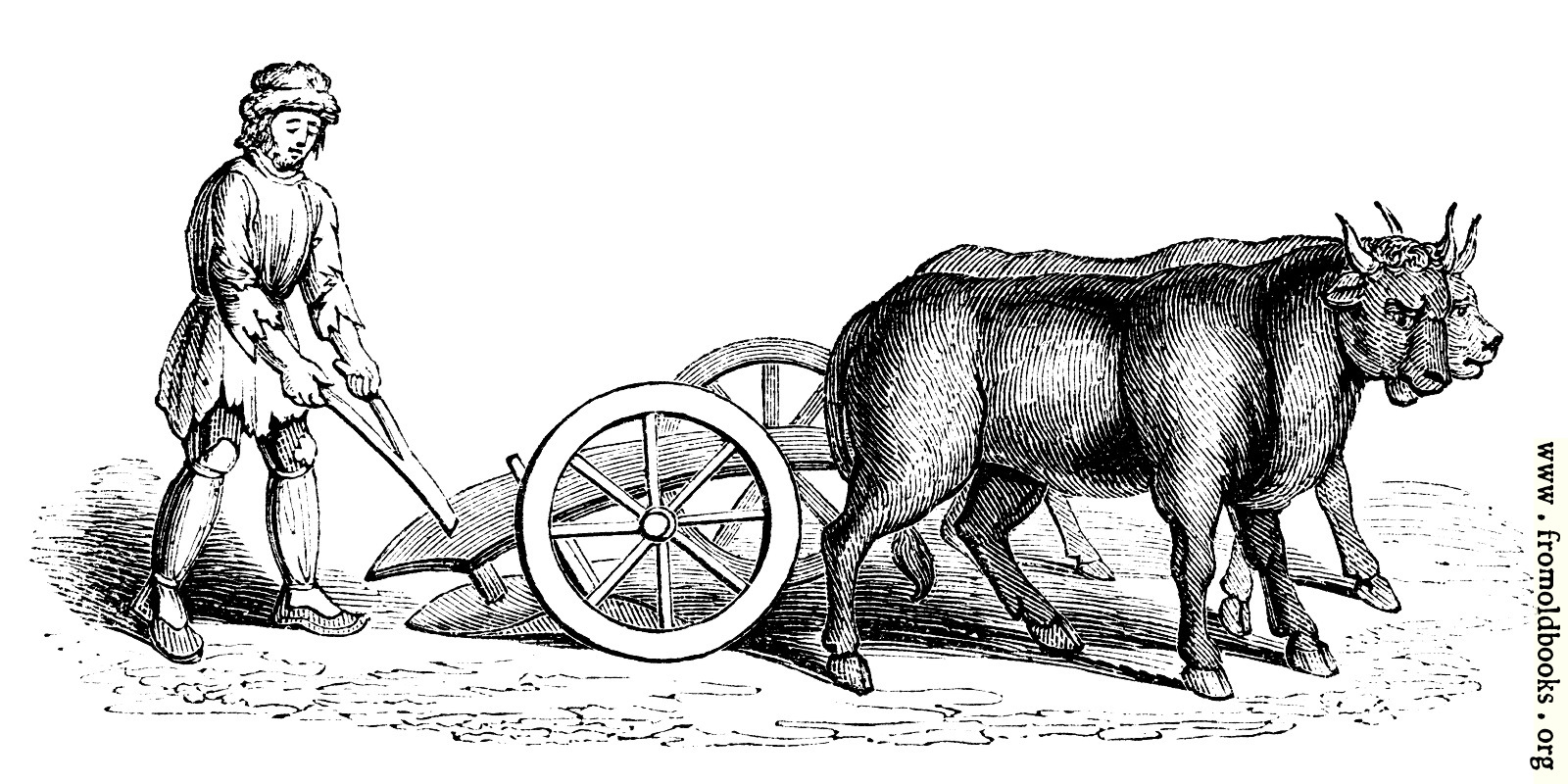 The two-wheeled plough here is pulled by a pair of oxen and has one man behind.