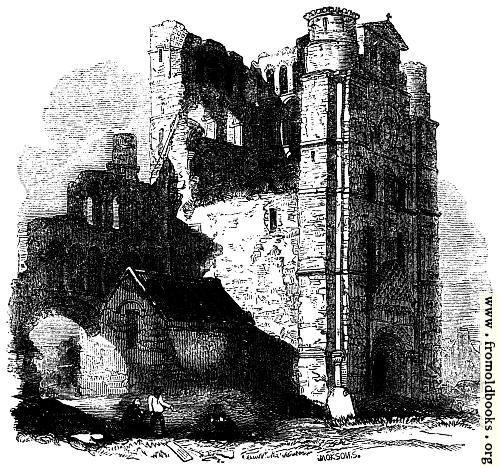 Among the less distinguished classes of monachism [sic, meaning monasticism] that also sprang out of the original Benedictine, may be mentioned that to which Kelso Abbey, in the town of Kelso, Roxburghshire, belonged. It acknowledges the same founder as Melrose, St. David. Kelso was repeatedy burned or otherwise injured during the English invasions. The ruins (Fig. 1054) are of mingled styles, the Norman predominating. At a certain period they were injured by incongruous additions for the use of a church congregation, but, to the credit of all concerned, these blemishes have been removed, and we see the building now in all its own unadulterated and venerable grandeur.” (p. 302)