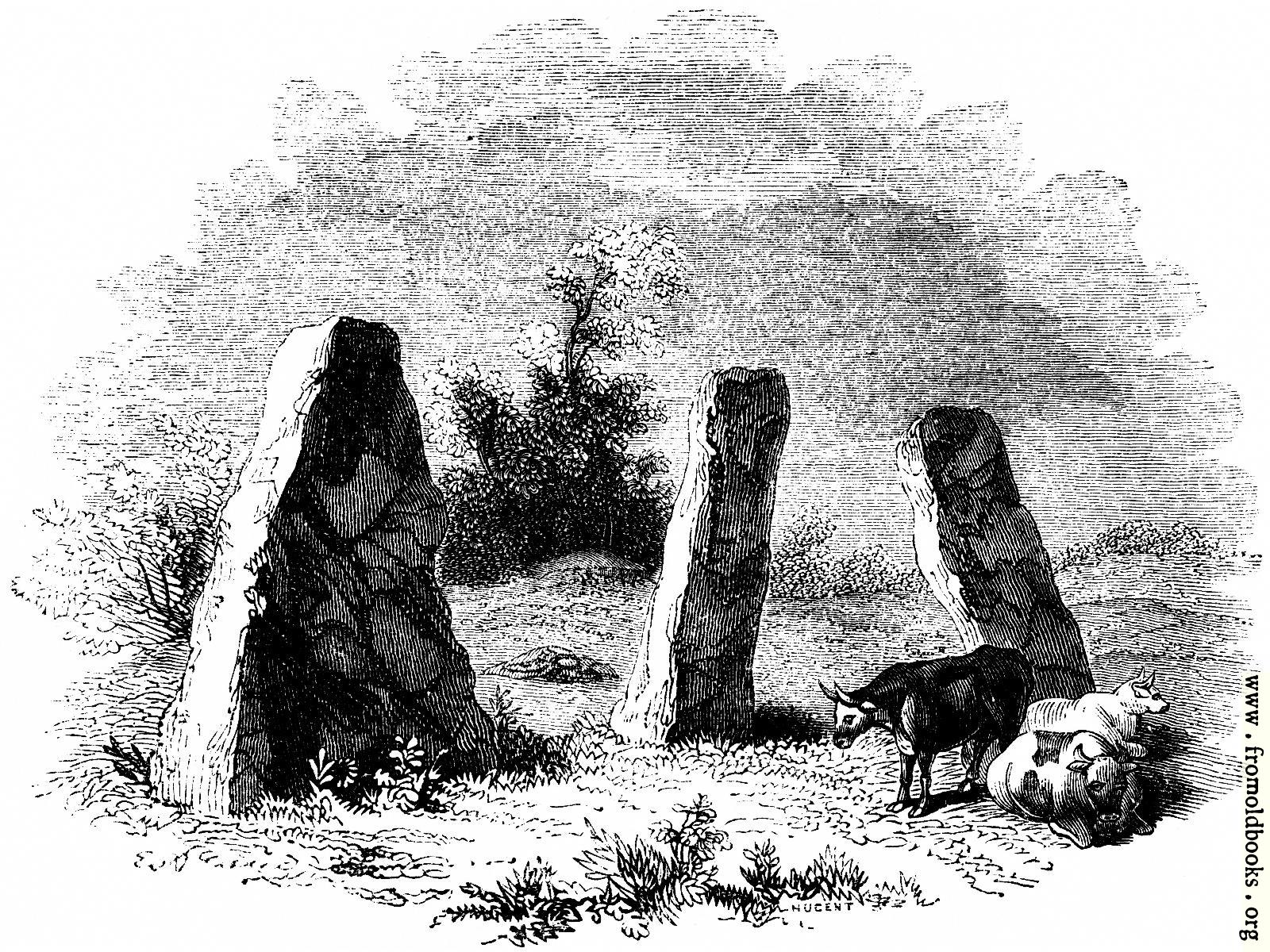 It is stated by Rowland, the author of ‘Mona Antiqua,’ that wherever there are heaps of stones of great apparent antiquity, stone pillars are also found near them. This is probably too strong an assertion; but the existence of such memorials, which King says, “are, like the pyramids of Egypt, records of the highest antiquity in a dead language,” compared with the clear descriptions of them in the sacred writings, leaves little doubt of the universality of the principle which led to their erection. A heap of stones and a single pillar was not, however, the only form of these stones of memorial. At Trelech, in Monmouthshire, are three remarkable stones, one of which is fourteen feet above the ground, and which evidently formed no part of any Druidical circle. These are called Harold’s Stones (Fig. 43). Near Boroughbridge, in Yorkshire, are some remarkable stones of a similar character, called the Devil’s Arrows. The magnitude of these stones of memorial was probably sometimes regulated by the importance of the event which they were intended to celebrate; but their sacred character in many cases did not depend upon their size, and their form is sometimes unsuited to the notion that they were boundary-stones, or even monumental pillars.” (p. 11)