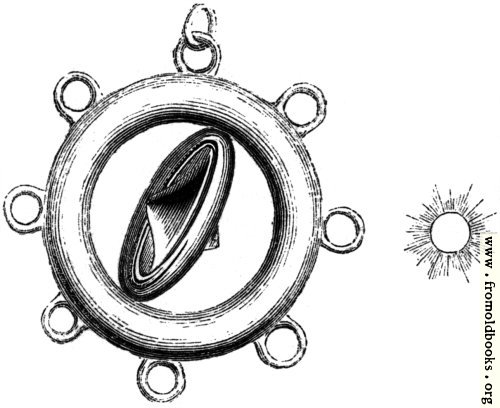 The precise description which Cæsar has thus left us if tghe religion of the Druids—a religion which, whatever doubts may have been thrown upon the subject, would appear to have been the prevailing religion of ancient Britain, from the material monuments which are spread through the country, and from the more durable records of popula superstitions—is different in some particulars which have been supplied to us by other writers.

According to Cæsar, the Druids taught that the soul of man did not perish with his perishable body, but passed into other bodies. But the language of other writers, Mela, Diodorus Siculus, and Ammianus Marcellinus, would seem to imply that the Druids held the doctrine of the immortailty of the soul as resting upon a nobler principle than that described by Cæsar.

“They believed, according to the express statement of Ammianus Marcellinus, tht the future existence of the spirit was in another world. The substance of their religious system, according to Diogenes Laerius, was comprised in their three precepts—to worship the Gods, to do no evil, and to act with courage.

“It is held by some that they had a secret doctrine for the initiated, whilst their ritual observances were addressed to the grosser senses of the multitude; and that this doctrine was the belief in one God. Their veneration for groves of oak, and for sacred fountains, was an expression of that natural worshiop which sees the source of all good in the beautiful forms with which the earth is clothed.

The sanctity of the mistletoe, the watch-fires of spring and summer and autumn, traces of which observances still remain amongst us, were tributes to the bounty of the All-giver, who alone could make the growth, the ripening, and the gathering of the fruits of the earth propitious. The sun and the moon regulated their festivals, and there is little doubt formed part of their outward worship. An astronomical instrument found in ireland (Fig. 10) is held to represent the moon’s orbit, and the phases of the planets.” (p. 7)

[continued under next image]