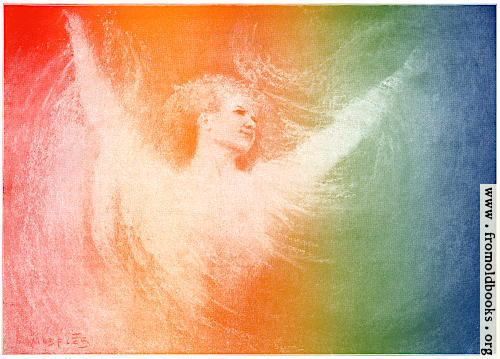 The German word tänzerin means dancer, but primarily a female one. In this case the title is probably a reference to the film Die Serpentintänzerin which was produced in 1895; the film lasted for only six seconds and showed a barefoot dancer whirling about with a shawl or scarf lifting up over her head as she turned.

The bright colours in this picture appear to be an attempt to capture the movement of the film, which was in black and white.