The Colosseum in a Stormdetails 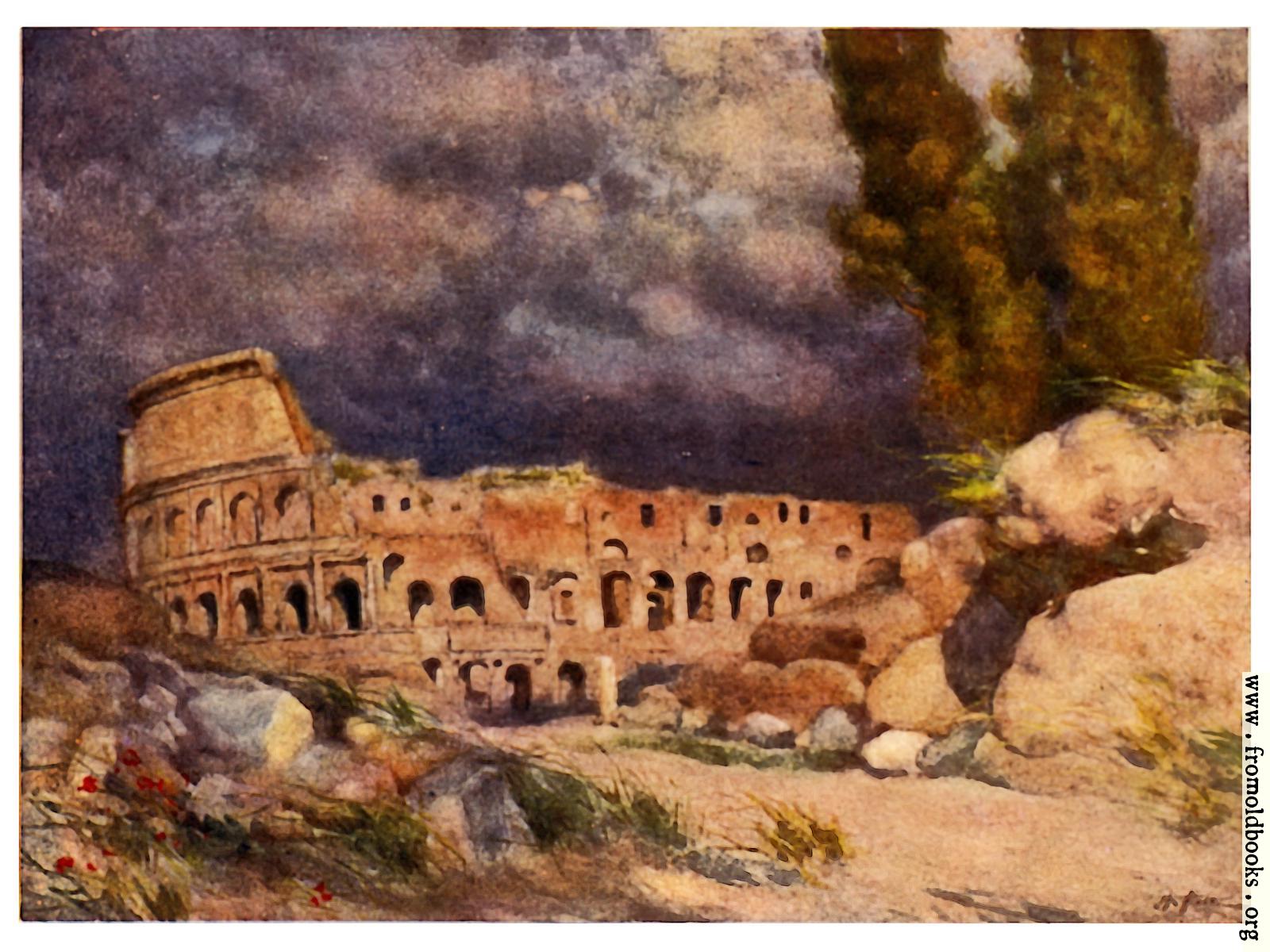 The Colosseum in a Storm, in Rome, Italy more

Dark and broody skies over one of the world’s most famous landmarks in this painting by Alberto Pisa.

The writer in the extract that follows appears to be unaware that the Greeks also had amphitheatres, although they used them for recitals of poetry, music, dance and plays rather than for tearing people apart with wild animals or death-fights with gladiators.

The amphitheatre alone was, perhaps characteristically, a building of purely Roman origin. Intended for showsand fights of gladiators and wild beasts, these were at firsttemporary wooden structures. The only stone predecessor to the great Flavian amphitheatre was a smaller building in the Campus Martius, the work of Statilius Taurus in 30 B.C. The Colosseum was begun by Vespasian in A.D. 72, was dedicated eight years later by Titus, ad was completed by Domitian. It stands upon the site of Nero’s artificial lake, is one-third of a mile in circumference, covers some 6 acres of ground, and is 160 feet in height. It could seat 87,000 spectators, and its staircases, galleries, and entrances are so admirably planned that this crowd of sight-seers must have found their seats ad filed out when the show was finished with little delay and difficulty. The numbers of the entrances, cut in stone, can still be seen over each of the arches. The Colosseum is built entirely of travertine, the blocks are fitted together without mortat and are studded with holes from which the greedy despoilers of the middle ages wrenched the metal clamps. In spite of its having been used as a fortress and served as a stone quarry for centuries, it is still one of the most magnificent of the monuments of Rome. (p. 22)