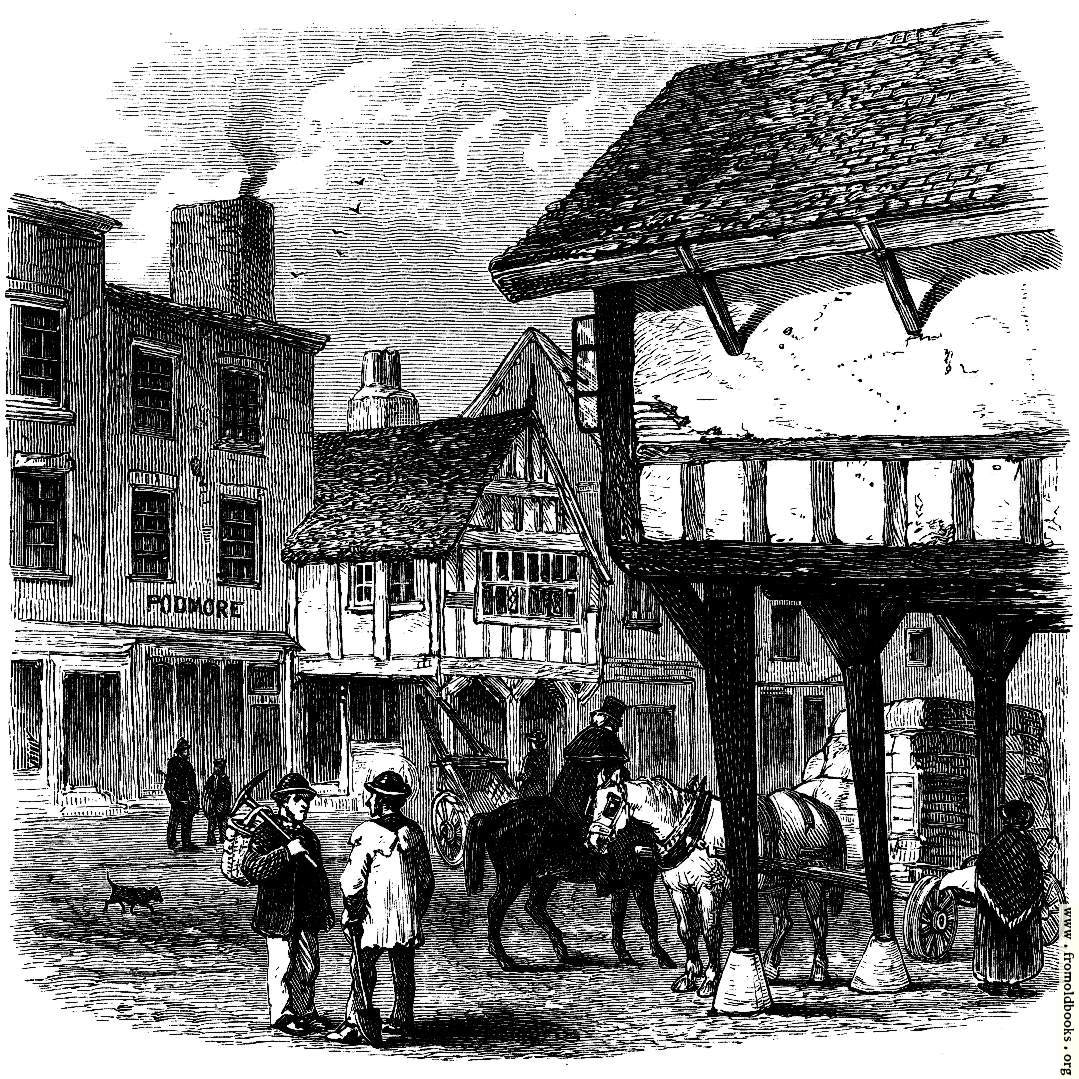 Turning now from the outside of the walls to the inside, we must remember that the four Roman Streets, intersecting one another at right angles, have always been the features which determined the whole interior character of the city. Only we must add to this fact that at the intersection was the “Hich Cross” itself—a structure of stone, which was demolished when Cromwell became victorious—and that closely attached to St. Peter’s Church was a municipal building called the Pentice, with gables in its roof and rich woodwork in its front. Several residences from this period remain, from which we can infer the general character of the wole; and especially we must notice certain houses in Northgate and Foregate Streets, outside the walls—standing, as it were, over the footway, each with two legs or more placed at the edge of the street—if we wish to take into account all the elements supplied for Chester for helping our recollection of the [English] Civil Wars.” (p. 94)

This confusing passage is suggesting that the illustrated buildings were present at the time of the Civil Wars in the 17th century, although from their style I would expect them to date from the 16th century or earlier.