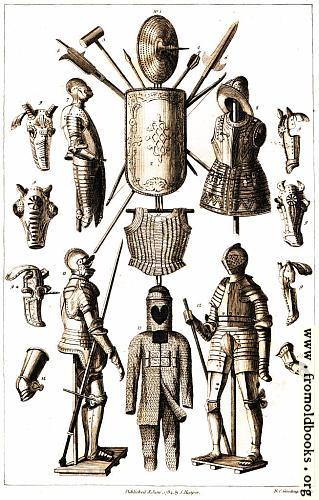 Grose, Francis: “The Antiquities of England and Wales Vol I” (1783)

Explanation of the Plate of Armour