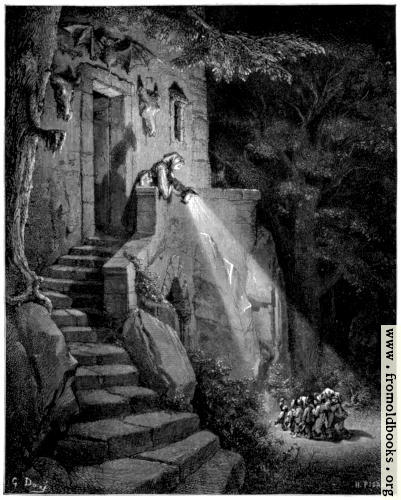 Hop-o-My-Thumb: The miniature children arrived at the house more

Hop-o-My-Thumb: The miniature children arrived at the house

That is, “Tales of Perrault—Tom Thumb: They arrived at a house from where the light shone, and a good woman who came to open the door.”

This is one of Gustav Doré’s illustrations made for the French Les Contes de Perrault (1862) (Tales by [Charles] Perrault) and reproduced here in this Spanish translation.

Note, strictly speaking, the little people in the illustration are children grown small, although the story seems a little vague on how they grew small.

There’s also a small part of this image available as a computer background image here.