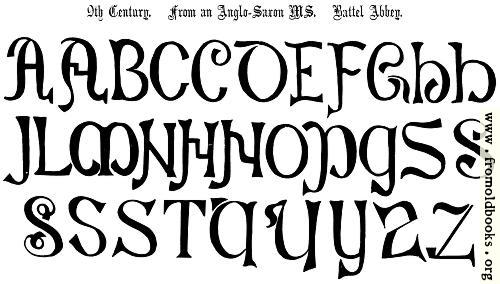 Today called Battle Abbey. Someone made a font from a Dover reprint of this alphabet—Rob Anderson, I think. There is no coyright statement on the font, which was probably originally a PostScript Type 1 font converted to TrueType. I don’t think the readme in the zip file corresponds to it exactly.