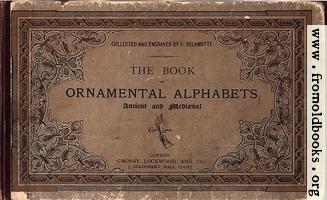 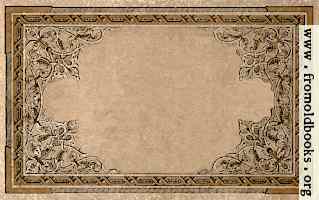 
A Victorian border taken from the book cover of this vintage book of alphabets and lettering. [more...] [$] 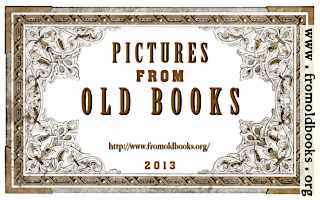 
A shabby-chic Victorian border taken from the book cover of this vintage book of alphabets and lettering. [more...] [$] 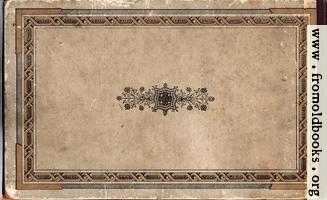 
The back cover of this Victorian book has a geometric border and a floral ornament. [$] 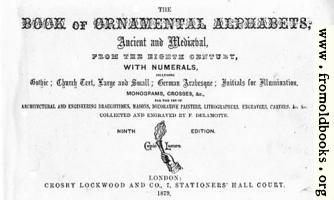 
The Book Of Ornamental Alphabets, Ancient and Mediæval, from the eighth century, with numerals, including Gothic; Church Text;, Large and Small; German Arabesque; Initials for Illumination, monograms, crosses, &c., for the use of architectural and engineering; draughtsmen, masons, decorative painters, [...] [more...] [$] 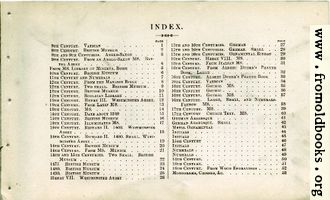 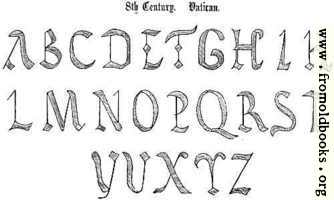 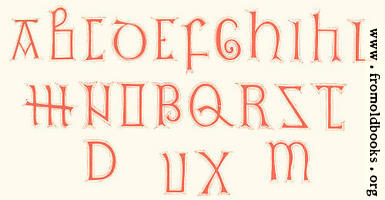 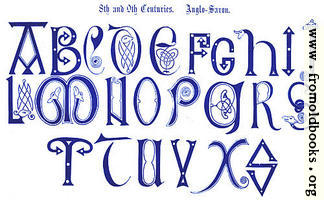 
Calligraphy from England in the 8th and 9th centuries. [$] 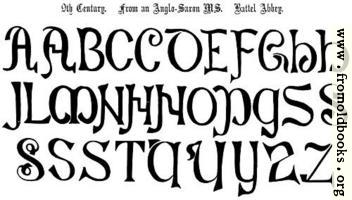 
Today called Battle Abbey. Someone made a font from a Dover reprint of this alphabet—Rob Anderson, I think. There is no coyright statement on the font, which was probably originally a PostScript Type 1 font converted to TrueType. I don’t think [...] [more...] [$] 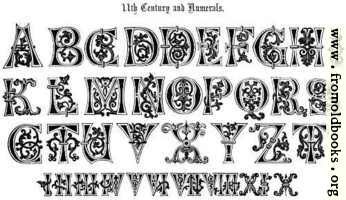 
The odd title really means that this image is a plate made from Eleventh Century AD initial letters; the “numerals” are actually Roman numbers done as ligatures. [more...] [$]