Bust of William of Wykeham. 1394.details 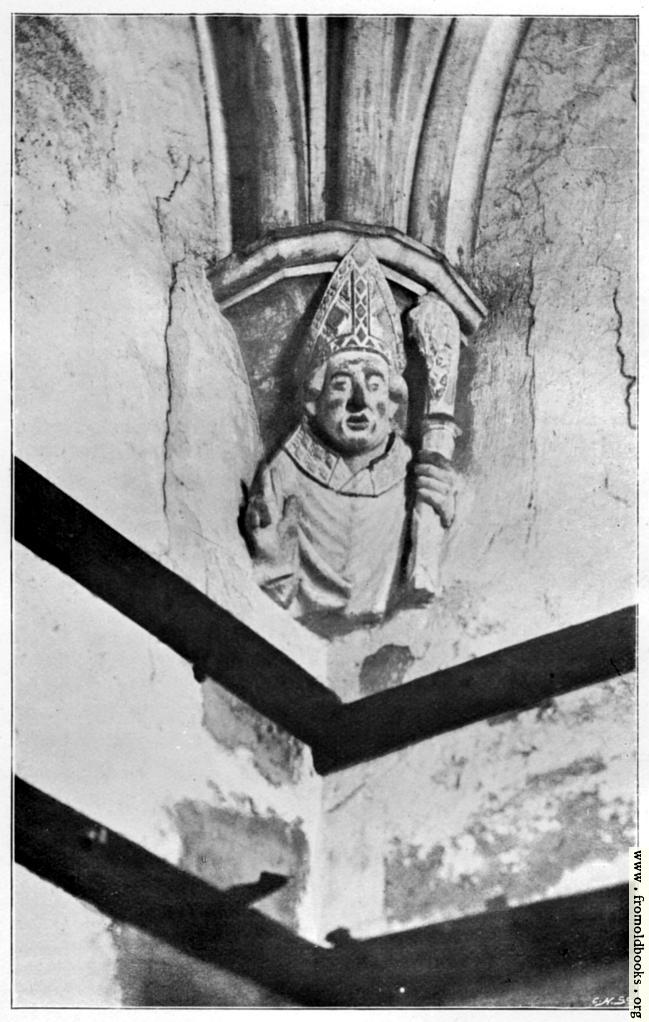 Bust of William of Wykeham. 1394., in Winchester, Hampshire, England more

On a corbel in Muniment Room, Winchester College.

Although William of Wykeham can in a way claim to be the first of those British architects of whom we have any adequate record,¹ there must have been before his day many a mute inglorious builder whose work is preserved in the stately fabrics of our great cathedrals, and whose energy must have been expended on the erection of many a fortress; but their names have not been preserved, and when we ask ourselves who erected such masterpieces as York Minster or Canterbury Cathedral, we are forced back on the hypothesis that such wonders of architectureal skill were more or less the fortuitous outcome of many minds.” (p. 1)

In other words, because we don’t know who designed it, York Minster must have been a lucky result or design by a committee? I remain unconvinced! The footnote reads:

The great and good Hugo of Avalon, Bishop of Lincoln, is said to have designed and partly built Lincoln Cathedral, but he was not an Englishman For an account of this fine character see Froude’s “Short Studies.”