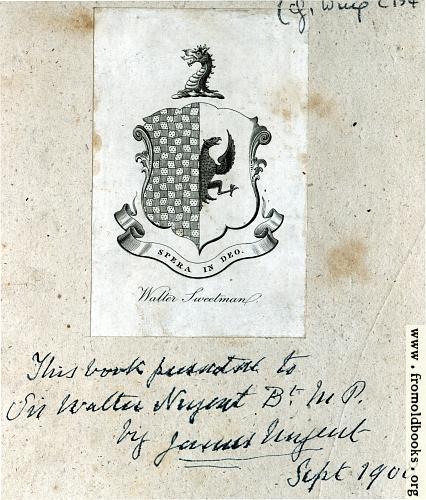 This bookplate, or “ex libris” as they are sometimes called, is pasted inside the cover of “The Holy Court.” The pencil writing at the top right is a bookseller’s annotation from the 1980s and is modern. The heraldic crest has the motto spera in deo, which is, Hope in God. Under the family crest is the name Walter Sweetman. I’ve been told it’s the bookplate of the Irish Poet by that name!

There is also handwriting; I am not good at reading handwriting, but I think it says,

I have also made a separate image with just the family crest, or coat of arms, in a larger size.