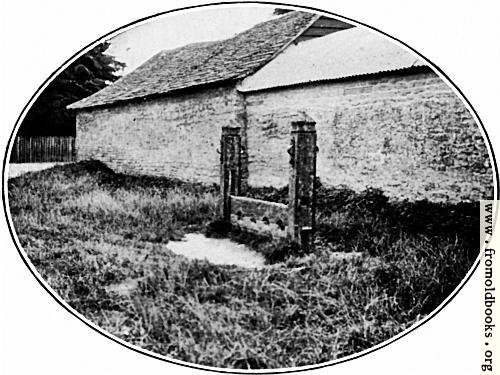 “Stanton Harcourt still preserves the stocks in which petty offenders were held in ludicrous durance. (p. 120)”

People were forced to sit with their ankles locked into the wooden holes so that their feet protruded, sometimes for days at a time. People passing by would ridicule them, steal their clothes or throw things at them. Deaths from thrown objects were not unheard of: if the stocks included a pillory for holding the neck, the victim could not evade the missiles.

In a small village, though, ridicule, discomfort and humiliation seem the most likely.

I also made a more romantic sepia-tinted photograph version of this image.