A Woman torn in pieces by the Devil. pa. 14.details 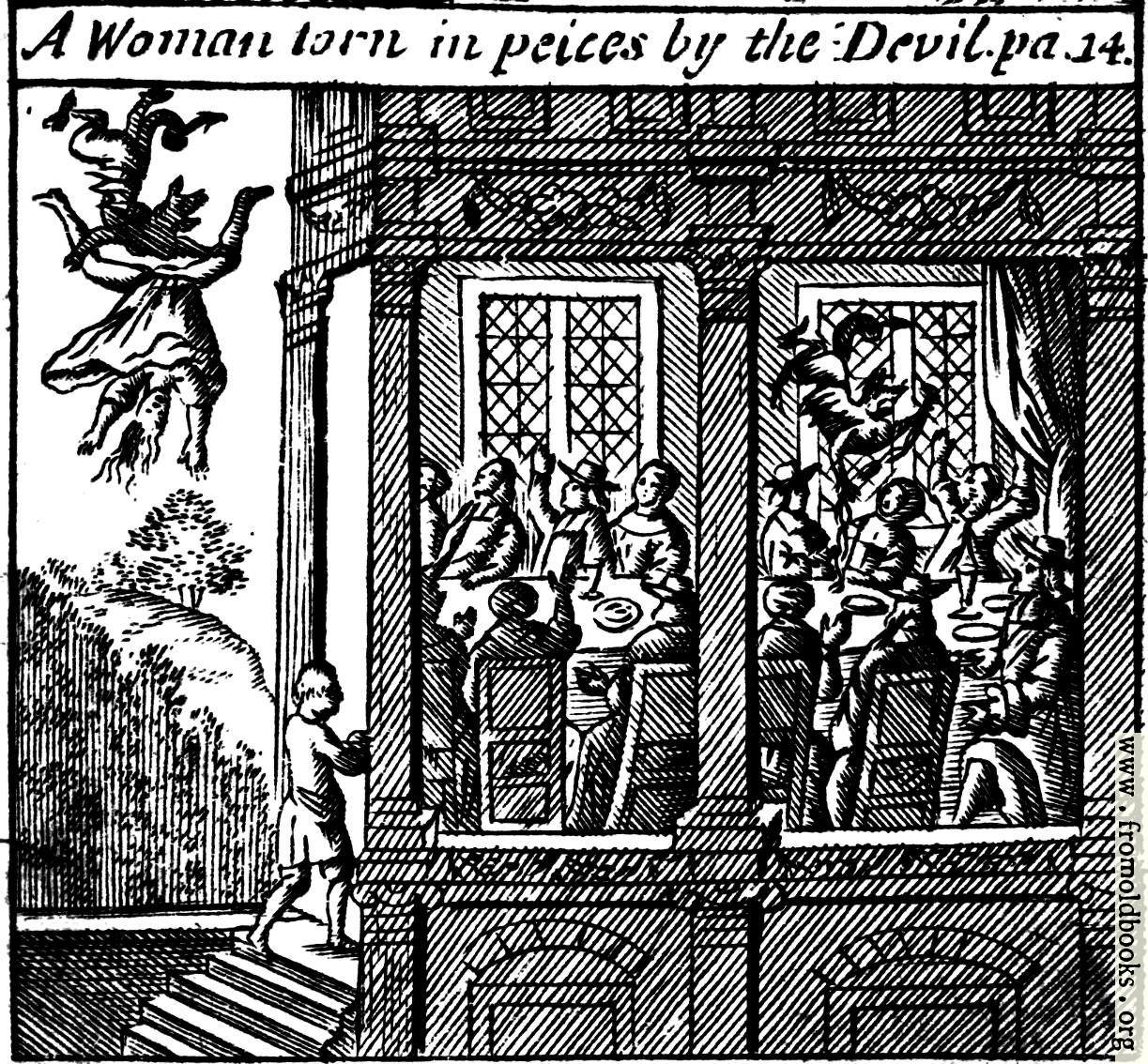 A Woman torn in pieces by the Devil. pa. 14., in Oster, Mosel, Germany more

XVII. At Oster, a Village in Germany, there happened a most strange and fearful judgement upon a Woman who gave her self to the Devil, both Body and Soul, and used horrible Cursings and Oaths against her self and others, which detestable Custom she practised upon all occasions, but more especially at a Marriage in that Village upon St. John Baptist’s day; and though the whole company exhorted her to leave off that monstrous Villany, yet she would not be perswaded [sic], but continued therein till all the People were set at Dinner, and very merry; when the Devil having got full possession of her, suddenly appeared, and taking her away before them all, transported her into the Air with most horrible out-cries and roarings; and in that manner he carried her round about the Town, so that the Inhabitants were ready to die for fear; and soon after tore her body into four pieces, leaving a quarter of her in the four several high-wayes, that all who came by might be witnesses of her punishment; and then returning to the Marriage, he threw her bowels upon the Table before the mayor of the Town, with these words; Behold these Dishes of Meat belong to thee, whom the like destruction awaiteth, if thou dost not amend thy wicked life.

The Reporters of this History were John Herman, the Minister of that Town, with the Mayor himself, and all the Inhabitants, they being desirous to have it known for Examples sake. Beards Theatre (pp. 13 – 14)

An earlier version of this page has pieces instead of peices for the title, and it turned out the page was getting thousands of visits as a result!