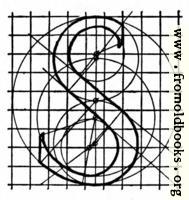 Letter S from “Alphabet after Serlio” 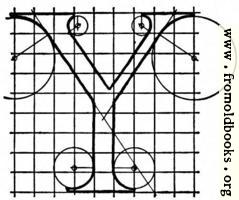 Letter Y from “Alphabet after Serlio” 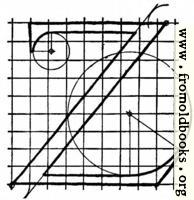 Letter Z from “Alphabet after Serlio”


“Width proportions, which may be found useful in laying out lettering for lines of a given length, are shown in [Fig. 3] in a more modern style of the Roman capital. In the classic Roman letter the cross-bar is usually in the exact center of the letter height, but in 3 the center [...]b, e, h, p, and r, and as the top of the cross-bar in a; and in letters like k, y and x the “waist lines,” as the meeting-points of the sloping lines are sometimes called, have been slightly raised to obtain a more pleasant effect.” (p. 6) [more...] [$] 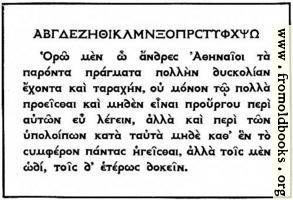 
“The Greek type designed for the Macmillan Company of England, by Mr. Selwyn Image, [Fig. 66], is of sufficient interest to be shown here, despite the fact that it is not strictly [...] returned to the more classic Greek form, although the result may at first glance seem illegible to the reader familiar with the more common cursive letters.” (p. 73) [more...] [$] 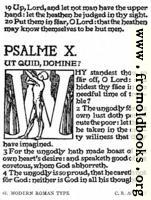 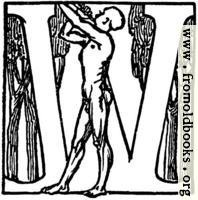 
The drop capital (drop cap) “W” from Fig. 67 shows a naked man in a forest. He plays a flute. His bare feet protrude from the boundary of the initial. You [...]Figure; note in particular the baseline alginment of the lasst indented line of text, and the closer setting of the rest of the word on the first line. [more...] [$]


“The pages of letters shown in 138, 139 and 140 are intended to suggest forms which, while suitable for rapid use, yet possess some individuality and character. The so-called “Cursive” letter by Mr. Maxfield Parrish, 140, is particularly effective for such informal use—in fact, its very charm lies in its informality—and is quite as distinctively [...] [more...] [$] 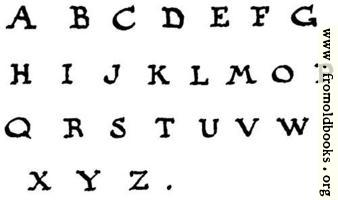 
The majiscule letters (also called upper case, or capital letters) from Maxfield Parrish’s (incomplete) alphabet given in Fig. 140. The largest file here is at the original scan resolution of 2400dpi. [more...] [$]


The miniscule letters (also called lower case, or small letters) from Maxfield Parrish’s (incomplete) alphabet given in Fig. 140. The largest file here is at the original scan resolution of 2400dpi. [more...] [$] 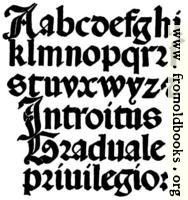