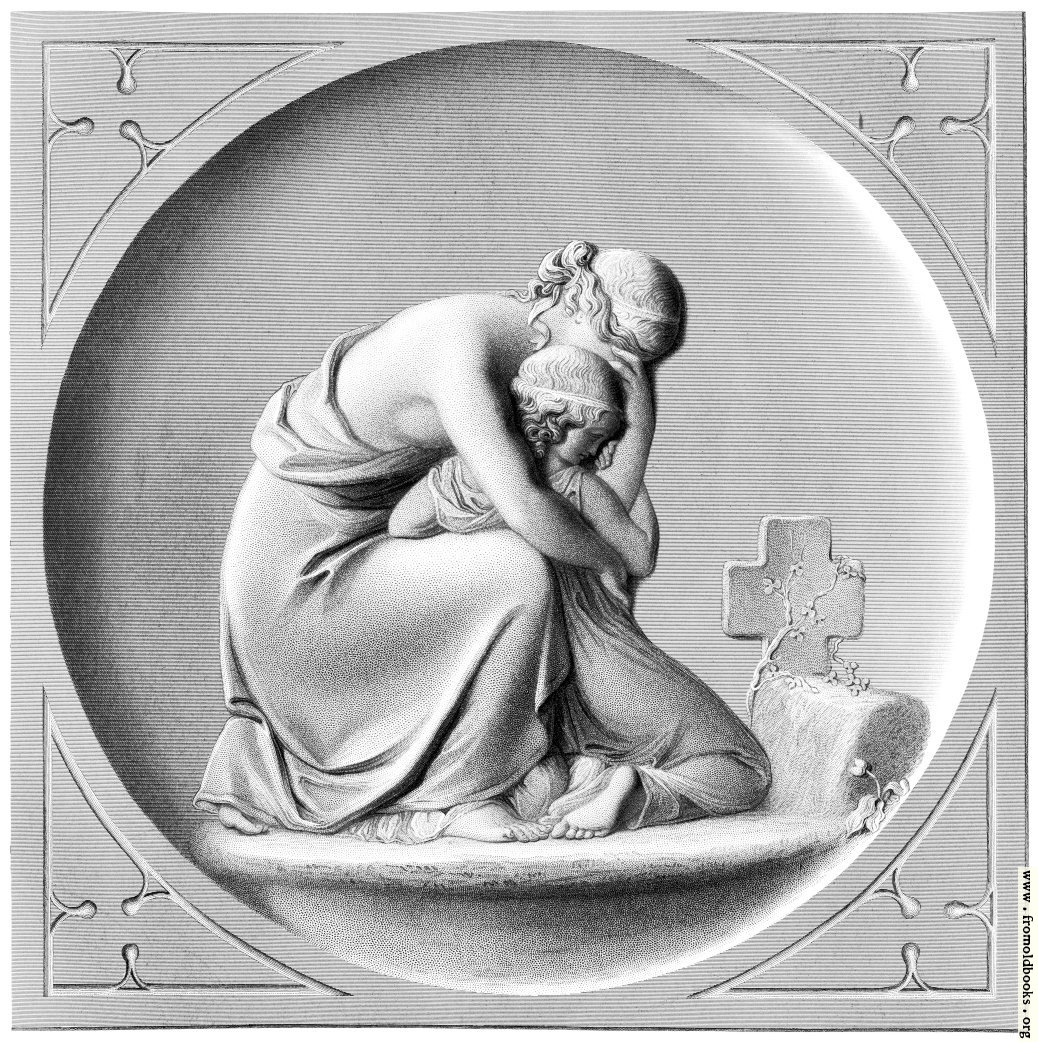 Monumental sculpture has given birth to some of the best productions in modern Art, especially among ourselves. Bacon, Banks, Flaxman, Chantrey, and the two Westmacotts, have gained as much honour in commemorating the dead as in immortalising the living; the fame of the two first-mentioned sculptors, indeed, rests mainly upon their monumental works.

There are difficulties in the way of a successful practice of this class of Art not very easily surmounted; it must be poetical, or it degenerates into the common work of the mere artisan; it must have sentiment, but not of that vulgar, meretricious order which offends both taste and feeling; and it must express something more than the skill of the sculptor in chiselling a graceful design, or it will convey to the spectator a different idea from what is intended:—a monumental group should excite reverence for the dead, no less than respect for the living mind, whose aim is, or ought to be, to search the deep fountains of the heart, and draw from it thoughts in unison with his subject. Men visit not the churchyard and the tomb for amusement, but for instruction; the sculptor has, therefore, the power to teach a wholesome lesson.

The little bas-relief by Mr Foley, which we have here engraved under the title of “Grief,” is a very beautiful composition, most touching in sentiment and graceful in treatment. A mother and her daughter kneel by the grave of the husband and father; this, we presume, is the intention of the sculptor, although, that the grave should not occupy too large a space in the design, it is made smaller than, in such case, it would naturally be. The action given to the elder figure by the covering the face with her hand is a felicitous idea, for Grief, as intense as hers, must not be scanned by every intrusive eye. And how closely and tenderly are the two entwined together, each finding comfort in the other; yet both sorrowing over the link that is broken, and the staff that has been taken away from them.

It is rare to meet with a theme of this class so eloquently and expressively dealt with; apart from the melancholy subject of the work, it is one we could long gaze upon and admire with thoughts that cannot find utterance. As of Chantrey’s “Sleeping Children,” so it may be said of this, a man must be made of unnaturally stern stuff who can contemplate it unmoved.

Most of our readers will remember Mr Foley’s beautiful group of “Ino and Bacchus,” engraved in the Art Journal for January, 1849; his little relief of “Grief,” though of an entirely different sentiment, is in no way inferior to the former work in every quality which constitutes the value of poetic sculpture. The artist has not yet reached, by some years, what is generally considered the prime of life; we may therefore reasonably look forward to much of a still higher order of excellence. (p. 240)