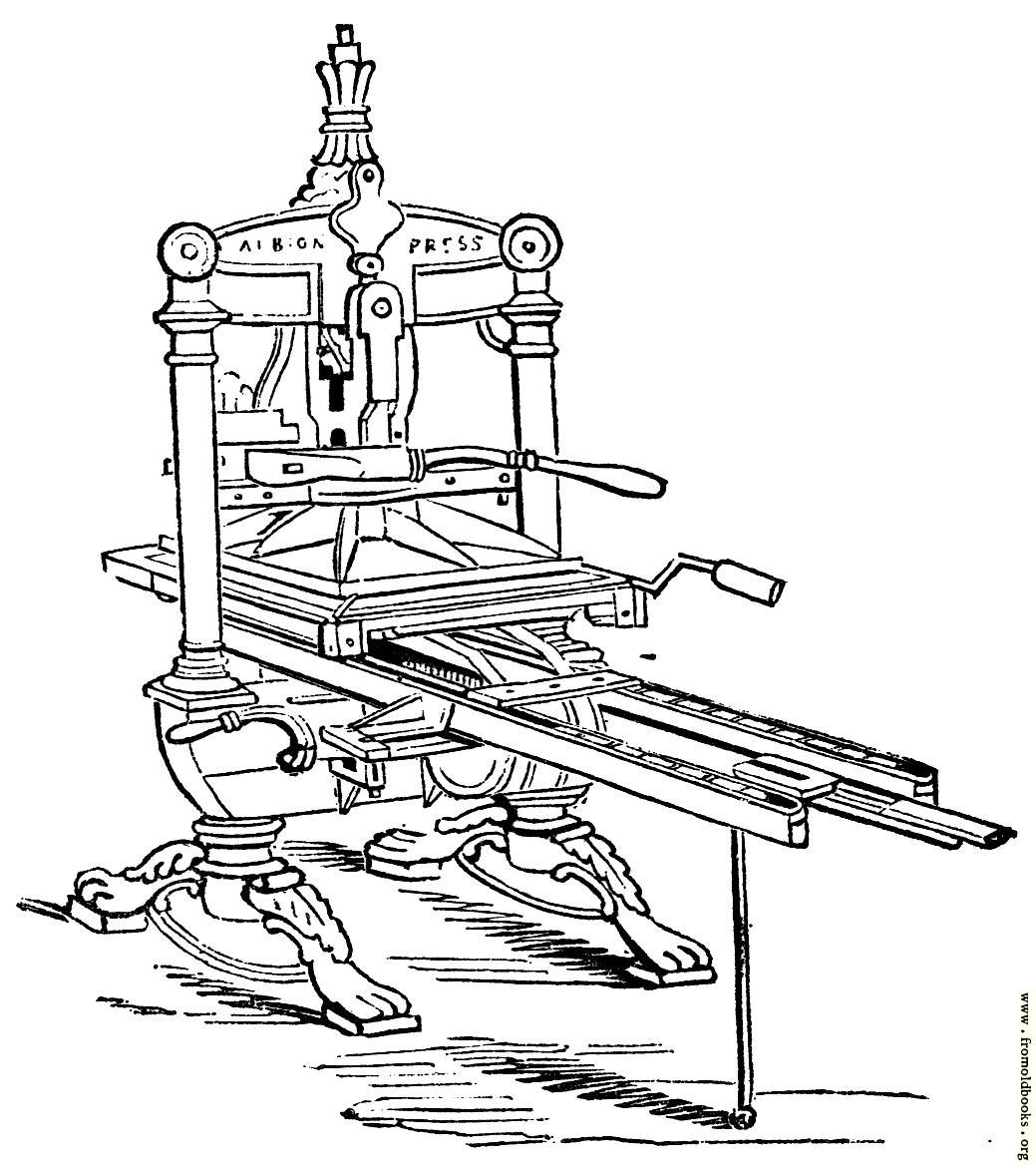 “Very little improvement in the construction of this instrument took place from the first introduction of the art into Europe till the late Earl Stanhope applied the powers of his mind to the subject, and introduced a new press of a decidedly superior construction. The old press was made of wood, with an iron screw that had a bar fitted in it; to the lower end of this screw was attached, horizontally, a flat piece of woos, called the platen, which was brought down by means of the screw, and pressed the paper upon the face of the types; and thus the impression was obtained. This press has, however, entirely given place to presses made of iron.

Lord Stanhope’s press is constructed of iron with a screw; but the bar is fixed to an upright spindle, to which a lever is attached connected with a second lever fixed to the top of the screw by a connecting bar. These two levers are placed at different angles to eac other; and when the platen is brought down to the face of the types, and pwer is wanted, the two levers take such a position with each other as to act with the greatest advantage, and thus an almost incredible accession of power is gained, which enables the pressman to print larger sheets of paper in a superior manner, with less labor, and with greater ease to himself. It does not act by a continuous, but by a reciprocating motion, and can only print 250 impressions per hour. This press for a long time maintained its superiority over all others.” (p. 493, s.v. Printing-Press)

This illustration isn’t a Stanhope Press – it’s an Albion – you can see the name Albion Press written on it. Stanhope presses look quite different. See for example photographs at www.poltoonpress.com.